by: Chad - posted: 4/9/2010 3:11:00 PM
More On: Trine
Patch 1.06 has been released by FrozenByte for the PC version of their action-platformer, Trine.  The patch removes the copy-protection from the retail version of the game.  It also improves support for multiple mice and keyboards along with other minor tweaks and fixes.

Read on for the full list of changes.  Steam should automatically update Trine if you have it on that service, but you can download the patch here if you have the retail version.  Tyler liked the game and it's still on my list of "must play eventually" games. 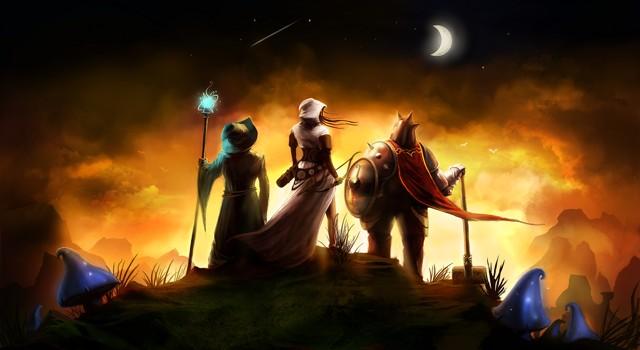 Helsinki, Finland - 9 April 2010 - Finnish game developer Frozenbyte is happy to announce the release of a new patch to the PC version of the award-winning action-platformer game Trine. Among other things, the 1.06 patch removes copy-protection from the European and North American retail versions of the game, improves support for multiple mice and keyboards, and features many smaller tweaks that make the game even more enjoyable to all players. The patch can be downloaded from the official website at http://www.trine-thegame.com/ .

* adds new resolutions to the Launcher (uncommon resolutions can still be forced by editing config\options.txt and setting the resolution with lines screen_height_and screen_width)
* adds support for manually configuring which input devices to use in config\options.txt (player1_keyboard_ID, player1_mouse_ID)
* adds Turkish language support (text), thanks to 23 Studios (Semih Sancar & Devrim Sahin)

* note: a check for Radeon 5000 Series (5400-5900) for Vista/Windows 7 has been added to disable high quality videos that cause random crashes with these systems; this check can be disabled with the option "force_high_quality_video = 1" in config\options.txt (which may be useful if e.g. new graphics drivers fix the problem eventually).