Knowing these two "facts", it makes perfect sense that this pairing would eventually make its way to the retail market in Japan.  In order to give a boost to both console sales and to market the DVD and Blu-ray release of the posthumous documentary on the legendary Michael Jackson, Sony of Japan is pairing the two into a special PlayStation 3 bundle.  According to Kotaku, the bundle will go on sale in Japan on January 27, 2010 and will contain a 120GB Black PS3 and a Blu-ray copy of the movie.  Oh, and buyers will also get an exclusive PS3 wallpaper commemorating the singer.  I would not be surprised to see this bundle make its way over seas to the US and possibly Europe before all is said and done... 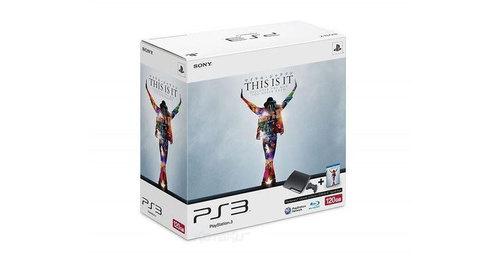