The Chocobo is in the mail...

by: Jeremy - posted: 1/4/2010 10:58:00 AM
More On: Xbox Live Final Fantasy XIII
Keeping true on their word, Microsoft and Square Enix has started sending out the codes to redeem your Chocobo avatar item / pet thingy.  This special item is being given to those gamers who registered and participated in the social networking / media promotion to promote Final Fantasy XIII on the Xbox 360.  If you participated in the promotion and earned your Chocobo, keep an eye on your email as your redemption code should be arriving shortly.  To everyone else, can we really rule out this thing appearing on the marketplace at some point in time?

P.S. Am I the only one who was hoping for a Chocobo that your avatar would actually ride? lol... 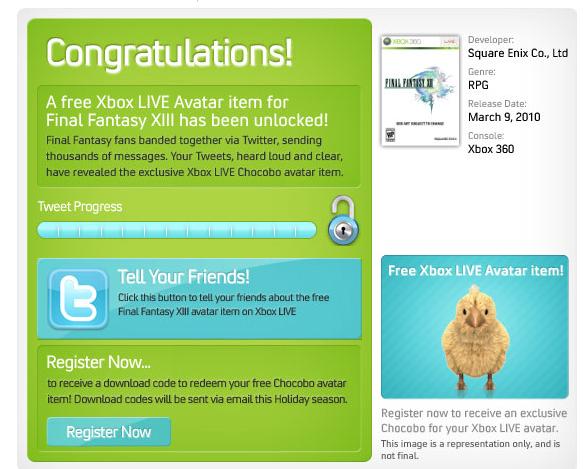