PS3 instant streaming disk for Netflix on the way

by: Dan - posted: 11/5/2009 3:20:00 PM
More On: PLAYSTATION 3 Netflix
A couple weeks ago, John posted that Netflix would be available on the Playstation 3 sometime in November. The only drawback was that PS3 owners would have to place a request to get a free disc that would launch and operate the Netflix streaming, most likely due to the Microsoft agreement with Netflix being on their Xbox 360 dashboard.

Well, I had requested my free disc that same day (10/26), and today I received an e-mail from Netflix that my Instant Streaming Disc will be here tomorrow. So I will get a chance to play with it and compare this service to that of the Xbox 360 for the same streamed movie. Meanwhile, check out the e-mail that I received: 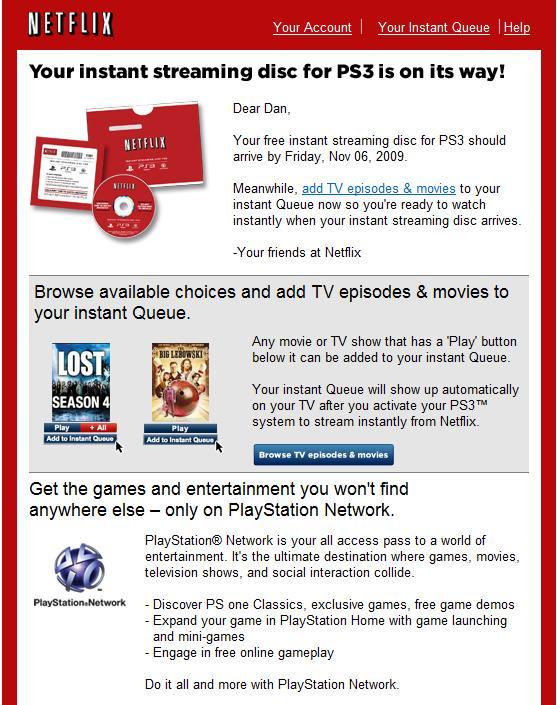