So you got Borderlands from a store on the PC early, yeah you're locked out of playing until three days from now

by: John - posted: 10/23/2009 5:31:00 AM
More On: Borderlands
It's not uncommon for a store to sell a game to a customer early if they have it in stock. Some employees just don't know the release date schedule and they will sell it to someone who asks for it as an honest mistake. Normally, you could take a game and go home and play it without any problems.

Not so with Borderlands on the PC. People who legitimately picked up the game early are seeing that the DRM (SecuROM) won't let them play it, even in single player mode, until the 26th. It's causing quite a stir on the forums and there's a few angry folks out there asking why they can't play a game they purchased until Monday.

We heard that the PC version of Borderlands was delayed for extra optimizations but if that's the case why were there boxed copies in stores on the same day as the console version? Now, if we don't see a launch day patch, then the reason of the extra tweaking we know would be pretty much a lie and the one reason I can see is 2K Games wanted more of the console version to be sold. After all, the game is $10 more on the console than on the PC.

Either way, I hate to see DRM being used in the case of locking folks out of playing even the single player portion even though they paid their hard earned money for it. It's pretty bad form and you didn't see the likes of Microsoft banning people who bought Halo 3: ODST from playing before the release date as an example. I'll be waiting to see if a patch is released on the 26th or 2K Games will have some explaining to do. 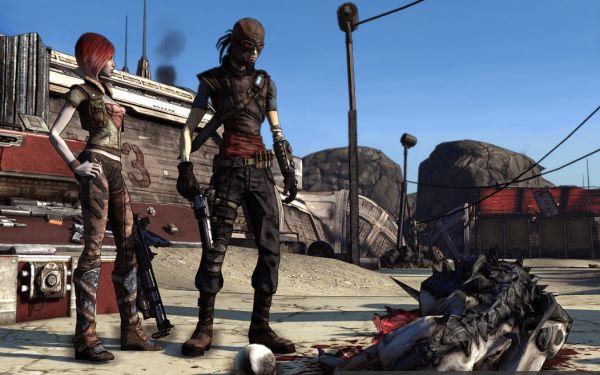