by: Chuck - posted: 10/15/2009 2:01:00 PM
More On: PLAYSTATION 3
Those who are still in the market for a PS3 will have a new option come November 3rd as Sony announced today that they will be adding a 250GB PS3 to their list of SKU's.  The new PS3 will have the same form factor as the 120GB slim model they introduced in September.  This will certainly be a nice deal for those who want the extra hard drive space but don't necessarily want to get it bundled with a game.  The new system will only cost you $50 more dollars which is a good deal for those who need extra space for their personal videos, photographs, and Uncharted 2 save files. 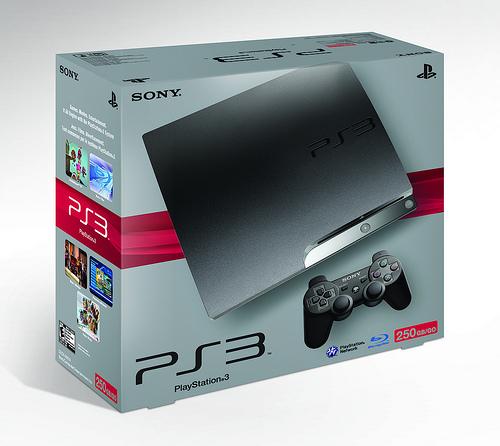 Following the successful launch of the slimmer and lighter PlayStation®3 (PS3™) system with 120GB hard disk drive (HDD), Sony Computer Entertainment America today announced that a new PS3 system with a 250GB HDD will be available on November 3 for $349.99 (MSRP). Launching in time for the holiday season, the 250GB PS3 system provides consumers with plenty of storage capacity to download more games, movies, and TV shows from PlayStation®Network, as well as to store their personal media files, including music, photos, and videos.

The 250GB PS3 system offers the same form factor and functionality as the current 120GB system, which achieved retail sales of 1 million units worldwide in the three weeks since its launch on September 1. Both models will be available at retail this holiday, providing both gamers and gift-givers with the opportunity to choose the PS3 system that’s right for them.

“The PS3 platform is poised for a tremendous holiday season,” said Scott A. Steinberg, vice president, product marketing, SCEA. “We kicked things off early with the new price point and sleek form factor and have continued the momentum with this week’s launch of the universally acclaimed exclusive, Uncharted 2: Among Thieves. The new 250GB PS3 provides consumers with another compelling hardware option and speaks to the growing consumer appetite for digital content from the PlayStation Network – particularly high-def content that showcases the power of the PS3 system.”

More than 600 million pieces of content have been downloaded from PlayStation Network as of September 2009, and in conjunction with the launch of the 250GB PS3 system, PlayStation Network will continue to expand with a broad range of original games and blockbuster entertainment content for download this holiday season. Exclusive downloadable games launching soon on PlayStation®Store include PixelJunk Shooter, Gravity Crash, and Hustle Kings.

In addition, PlayStation Network’s video delivery service, which offers downloadable movies and TV episodes for rental or purchase, will soon add Star Trek, Transformers: Revenge of the Fallen, Bruno, and other summer blockbusters to its movie lineup. The PlayStation Network currently offers 2,300 movies, one-third of which are available in HD format, as well as more than 13,300 TV episodes.

Please let us know if you have any questions.