Metal Gear Solid out on PSN

by: John - posted: 6/18/2009 3:05:00 PM
More On: Metal Gear Solid
Ah, I remember when my roommate at the time bought a PlayStation to play Metal Gear Solid. After he was done he sold the console to me. The original PSOne MGS had some interesting moments such as having to switch the controller to another port to defeat one of the bosses and having the one of the boss characters asking you to set the controller on a table so he could move it with his mind. (In reality the game just activated the rumble of the controller and it shook around on the table.) Well for $10, you can relive those moments with the release of the Metal Gear Solid on the PlayStation Network. You'll play Snake as he saves the world in an area near the Bering Sea. I wish Konami did update the game a little or added something such as trophies but you still get a classic PSOne game that started all the MGS craze again. 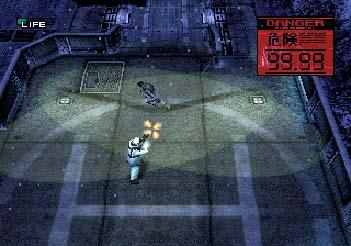 Available Today, Hideo Kojima's Groundbreaking Original That Created the Tactical-Espionage Action Genre
El Segundo, Calif. - June 18, 2009 - Konami Digital Entertainment, Inc., announced today that the game that started it all - the original METAL GEAR SOLID - will launch on the PlayStation®Network for the SRP of $9.99 today. Hideo Kojima's created groundbreaking classic -- which was designed for the first PlayStation system -- became a digital masterpiece by skillfully combining cinematic, fully voiced cut scenes with groundbreaking 3D gameplay to deliver an all-new kind of genre that became known as tactical-espionage action.

METAL GEAR SOLID takes place in the southern Alaska region around the Bering Sea. The player takes control of Solid Snake, a retired military soldier who is ordered to infiltrate a nuclear weapons facility to eliminate FOXHOUND, a genetically enhanced Special Forces unit that has threatened to launch its nuclear weapon if the government does not cooperate with their demands.