by: John - posted: 6/4/2009 11:25:00 PM
More On: Left 4 Dead E3 2009 Left 4 Dead 2
When Left 4 Dead 2 was announced at the Microsoft press conference, I was pretty surprised. It’s not Valve’s MO to announce a sequel to a game of theirs so quickly in the life cycle. Seeing Valve was situated in a meeting room, I made an appointment at the show to see the game. Coming away from the meeting, I was happy with what I saw and what I heard from Doug Lombardi.

First off, the game is set in New Orleans with a brand new cast of characters. You get to play as Ellis, Rochelle, Coach, or Nick. So what you’ve come to love in Left 4 Dead is in there. It’s all about getting to the safe house and killing as many zombies on the way as possible. But there are some things that have changed with the sequel.

While the first game was pretty dark and dingy, Left 4 Dead 2 has a lot of their levels take place in the day. It’s an interesting dynamic seeing all the bright areas of New Orleans as zombies rush towards you. The demo led me through two levels of one of the five campaigns that are going to be available.

The weapons seem to be the same but are different models and sounds. What’s new though from the demo I played was the inclusion of melee weapons. Yes, you can now bash zombies with something other than your gun. The E3 trailer had a chainsaw as one of the options but the demo only had an axe and a frying pan. I didn’t use the frying pan but the axe was very useful in taking down enemies quickly up close. This will make your more deadly should you arm yourself with this if you are out of ammo on your primary weapon. I’m really happy to see that melee weapons have been added as what’s a zombie game without a chainsaw and/or axe?

There are also new ammo types that you can pick up. The demo had incendiary bullets that set the zombies on fire on contact. As you know from the first game, fire is pretty deadly towards zombies so having these in your arsenal is a great addition. I didn’t get a chance to try them out on a tank though to see if the bullets would set them on fire.

Yes there will be new boss zombies; three to be exact. The only new one in the demo was the Charger where it could run into a close group and push them all in different directions breaking them up. As you probably know, the key to surviving the game is to stick together. The Charger’s job is to disrupt the tight knit group and separate them out to make them more vulnerable.

The horde is of a different variety now since the setting is New Orleans. You’ll get zombies that look like they are from the area. One new zombie type I encountered though was ones wearing hazmat suites. These guys are fire proof so you can’t light them up with a Molotov cocktail nor the incendiary bullets. They are still susceptible to pipebombs though.

Each campaign will now start off with an opening cinematic, something that was missing for some of the campaigns in the first game. There are also rest stops in the level now where you are completely safe from the infected allowing you to rest a bit. When all four survivors enter one of these vehicles, the doors automatically close keeping any enemies out.

With the five campaigns, all of them will have Versus mode available on launch which is something the first game didn’t have. Also, all of the campaigns will have a Survival map as well on launch. In addition, there’s going to be one more new game mode that Valve will talk about in the near future. Before launch, there will be a demo available to play around with like in the first game.

Also, the toolkit that Valve released to generate content for Left 4 Dead will also work for Left 4 Dead 2. You don’t have to choose one or the other so that’s good to hear. I know some people were upset that the content they generate might not work for both but I was assured that it will.

I asked Doug Lombardi about engine improvements over the first game and there are some nice little changes. The AI director gets some tweaking but now not only can it control the amount and location of items as well as zombie population, the AI director can now also change the path of the level. Say you are in a cemetery scene and there’s a path you take through it that’s blocked by mausoleums. The next time around the AI director could possible switch the mausoleums around creating a different path. This adds a brand new dynamic to the replayability of the game as not only will there be differences in the items and zombie population, but there will also be physical differences in the level too. The engine is now capable of larger maps and that should make for some interesting levels.

Asking Doug about how this is different for Valve in releasing a sequel so soon after the original game, he said that the team came out with some great new ideas that it felt like it needed to be a new game rather than a DLC. They aren’t abandoning the first Left 4 Dead though as they will continue to produce content for both. To facilitate this, the Left 4 Dead team has expanded so that more content and fixes can be generated for both Left 4 Dead and Left 4 Dead 2. So fear not owners of the first game. There’s still more in line for you.

I had a lot of fun playing the Left 4 Dead 2 demo and I am eagerly awaiting the November 17th release date. I think fans of the first game will really enjoy the new one and you won’t have to wait too long to do it. 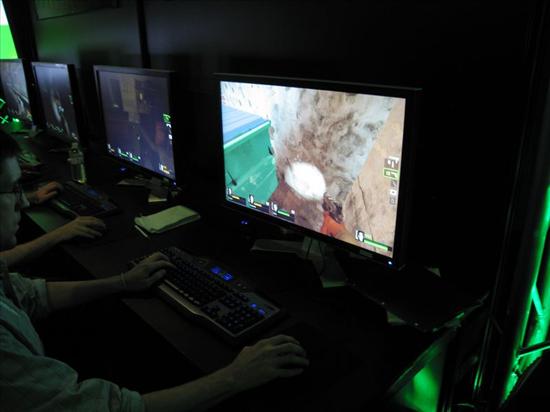