by: Chuck - posted: 5/26/2009 8:25:00 PM
More On: Xbox Live
It figures, just three days after purchasing an iPod Touch, Microsoft has taken the wraps off the Zune HD.  The device will support multi-touch, feature an online application store, HD Radio, HD output through a dock, and it will tie closely with the Xbox Live.  Details will be unveiled at E3 next week but it looks safe to say that Microsoft has finally taken down the walls between the Zune and Xbox marketplaces.

This should also be the first step for Microsoft in fulfilling the promise of Xbox Live Anywhere which they unveiled at the 2006 E3.  With the Zune interface being ported to the Windows Mobile platform it's very easy to see the pieces of Microsoft's entertainment and mobile properties finally starting to move into alignment.  The real question is if they are too late to get any market share.  Apple pretty much owns the space with the iPod/iPhone combination and Microsoft will have to make in roads into an already full marketplace.  (pic courtesy of Engadget)

-Update- Here's the official web page for the Zune HD. 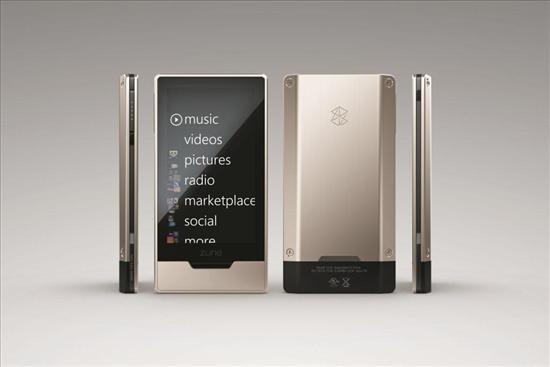