More maps are coming for World at War

by: John - posted: 2/10/2009 1:51:00 PM
More On: Call of Duty: World at War
Activision today announced that Treyarch is releasing a map pack for Call of Duty: World at War. Map Pack 1 is due out in March for the 360, PS2, and PC. Sorry Wii folks you'll miss out on this one.  One of the cool includes will be a new co-op Nazi Zombie bonus mode featuring more weapons, Perks-a-Cola machines, electroshock defenses, and waves of the undead. No word on the pricing if any for the pack yet.

[EDIT: Dan] Added photo (provided by Newscom) from the release..... 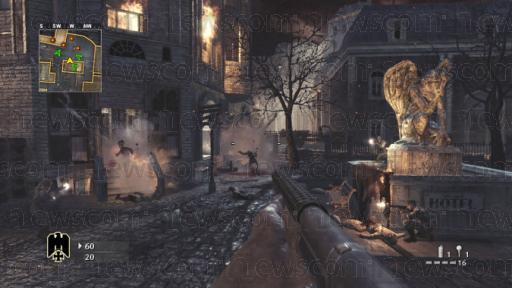 CALL OF DUTY®: WORLD AT WAR DOWNLOADABLE MAPS ON THE WAY