Question of the Week: What's something positive in your life that has a direct correlation to playing videogames?

by: Randy - posted: 1/29/2009 11:01:00 PM
More On: News Roundup
A recent Brigham Young University study stated: "The most striking part is that everything we found clustered around videogame use is negative."  That cluster includes deteriorated relationships with friends and family, and a higher propensity for drug and alcohol use.  In a follow-up interview with Edge, the study's co-author clarified: "The study absolutely does not find that videogames cause this behavior. We've repeatedly tried to emphasize that in the study itself. It was all correlation," he said.

What's something positive in your life that has a direct correlation to playing videogames?

(Plus, we tell you what we're currently playing--even though you didn't ask.)


Ben Berry:  People see what they want to see in a situation, but here's what gaming has brought me:
Fun - Enough hours of entertainment that it's turned into months worth of time by now. Maybe even a year of my life. And for those who say I could be doing better things with my time, I say I could be doing worse things with my time as well.
Hand/Eye Coordination - Other than ping-pong, no other thing I do has had a bigger impact on improvements in my hand eye coordination than gaming. The ability to press multiple tiny buttons in sequence without learning is indeed improving my motor skills. And I notice it when I'm playing hockey or participating in other sports.
Friendship - The best man in my wedding is the EiC of this site. enough said.
A career - How did gaming get me a career? In 1992 I was a Freshman at Michigan State University. I was ditching class in my second semester to MUD most of the night. When I made "Wizard" at that mud, I had to learn to code in order to help grow the MUD. I was taught LPC (A derivative of C that was a precursor of Java in a lot of ways) by a high school aged heroin addict who stayed out at night to get his fix. (He later straightened out and wound up attending MSU himself). He was fun to game with, a terrific coder. Although MSU politely asked me not to return, I wound up turning that coding into a career that led me from programmer, to analyst, to Project Manager, and now I can pretty much hold down any job in an IT environment.
Oh, and a college degree - I graduate with a Bachelor of Science in a mere 31 days. The coding at MSU in the lab at 3 AM put me on the path.
So saying gaming doesn't bring anyone anything good is a lie.

Elliot Bonnie:  Well, I think the best thing to come from my gaming habit has been friends. From the people I work with to relatives that live out of town, gaming can be a way for us all to get together.  (Currently Playing:  LittleBigPlanet, Fallout 3, Metal Gear Solid 4)

Sean Colleli:  Gaming has created an environment that tears down cultural barriers and gives a ton of people something to relate to. Being a serious gamer has given me common ground with dozens of people and sparked more than a couple enduring friendships. Having trouble getting to know the new guy? Ask him about Mario Kart or Doom.  Gaming has been internationally enjoyed and produced since its inception, and its rebirth on the internet has only strengthened those cross-cultural ties.  Hearing about a hardcore gamer in Iraq who powers his setup with a gasoline generator, or meeting a middle-aged Canadian mom who can own my ass in Half-Life--gaming made these connections possible.  This common bond lets us do some pretty amazing things--Child's Play, for example--but most important of all, it makes our generation just a little less angry, paranoid and suspicious of different people.  (Currently Playing:  Team Fortress 2, World Championship Games, TrackMania DS)

Charles Husemann:  This will sound a bit odd but I've actually used gaming as a management tool.  At my second job we had a Dreamcast setup in one of the conference rooms and I used to have meetings while playing the original Soul Calibur.  I found that the game helped lower some barriers around sticky issues and we were able to resolve issues pretty quickly while gaming.  (Currently Playing:  Killzone 2, Team Fortress 2)

Randy Kalista:  Hearing writers whine about writing makes me want to choke myself, so you'll have to pardon me since I'm typing this with a steadily decreasing flow of blood through my carotid artery.  But if it weren't for videogames I wouldn't be writing anything nowadays.  And while I don't have a doctor's note to back this up, I succumb to a very petty nature if I go any longer than six or seven days without having written something.  Ask my wife.  I lose sleep, I pace around the house, I can begin binge eating, productivity drops to about 30% at work, and on the freeway I will tailgate people like a...well, like I said, in general I get "petty."  But then I play videogames.  Which is great and all, but it's not until I write about videogames then do I finally rescind back into Bruce Banner mode.  (Currently Playing:  Ben There, Dan That; The Lord of the Rings: Conquest; Commander in Chief)

Matt Mirkovich:  I'm with Elliot on this one, I think the friends I have acquired thanks to my love of gaming is one of the best things to ever happen to me. Or the look of joy on my mom's face after she started playing Mario Kart on the Wii for the first time. That was her first gaming experience in over 20 years.  (Currently Playing:  Nothing.  My PS3 died on me right before the final boss of Persona 4.  And I lost every PS2/PS3 save I had because I trusted your stupid black box to store my data!  I hate you, Sony!)

Nathan Murray:  The power to bring people together is the greatest good that video games have ever done and I'm not talking about the 2-10 people who gather in living rooms or basements. Because of my love for video games I've been able to have conversations with individuals I might not have ever been able to communicate with easily. Everyone either plays video games or knows someone who plays. I can testify to this being true because every single person I met on my trip to California a couple of months ago was able to talk with me about some aspect of video games. I'm talking about the young woman who sat next to me on the plane ride there, both my drivers to and from the airport, and of course my peers who were there for the same event. It was the diversity of the people I could relate to because of video games that really surprised me. Of course if it wasn't for video games thousands of you readers wouldn't be reading this right now and I wouldn't have the opportunity to communicate with you. Games bring everyone together.  (Currently Playing:  Rock Band 2, Fable II, Call of Duty 4, N+)

Sean Nack:  While social norms are all well and good, I don't think that a sociological study can really get to the heart of what the videogaming experience is about. I've had so many great friendships that have not centered around videogames but have had them as a major participatory activity; videogames are the social equivalent of sports for people who aren't so athletic. Having been on both sides of the athletic fence, I can tell you this: you know how all those researchers get concerned over "I'm gonna kill you" and the overall violent sentiments in videogames? I had a wrestling coach tell me to "go out there and kill that guy." Competition is competition, and I don't think that exposing young people to a "do-or-die" scenario at a young age (I'm not talking exploding Fallout 3 bodies, here) is unhealthy. If anything, playing games with your friends is mentally healthier because it doesn't involve the type of physical humiliation inherent to sports; one might get tea-bagged in Halo, but at least you're not getting actually tea-bagged. Not that I'm entirely against physical humiliation and I actively encourage a physical lifestyle, I think they both build character. The bottom line for me is that these scientists (or as i prefer to refer to them, "reductionist d-bags") are trying to understand a social format for which their generation has no point of reference. Of course it's going to seem negative in light of changing social norms, but at one time democracy was looked at askance. Videogames, like TV, like anything, should be done in moderation. Unlike democracy.  (Currently Playing:  Fallout 3, Left 4 Dead, Fable II)

http://www.ocremix.org/
http://www.theoneups.com/
http://www.spoonybards.com/
http://www.michaelgluck.com/
Do I really need to go on? I love the music that has come from videogames and now the countless number of bands doing tributes and remixes is amazing.  I've met so many friends at concerts.  I even have a video of me on YouTube playing tambourine with the Spoony Bards.  Music is my life and driving force behind me creativity.  (Currently Playing:  Animal Crossing: City Folk, We Ski)

John Yan : The good things that have come out of video games for me is the fun of playing with friends even if I am not in the same room with them. Sometimes it's not convenient to get together with others but we still want to have some fun so the online aspect that blossomed in my college years with Doom really lent itself to letting us get together whenever we wanted to. There's also the fact that gaming is one outlet where I can relieve some stress that has built up during the day so I'm more relaxed in the evenings. (Currently Playing: Fallout 3, Left 4 Dead , Gears of War 2) 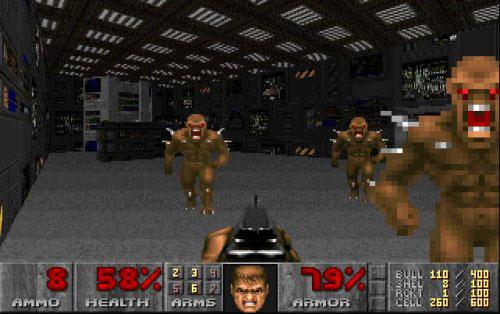