Win a trip to E3 on Sony’s dime

by: Dan - posted: 5/6/2010 3:44:00 PM
More On: E3 Coverage E3 2010
Sony wants you at E3 and they are giving away a trip to three lucky individuals to get it between now and 5/16.  The kicker is that you need to create your own “Dear Playstation” open letter to Kevin Butler, Sony’s fictional VP of Everything from their commercials.  Here are some suggestions of what to include in your video:

·  Each video should begin with the phrase “Dear PlayStation”
·  Include your take on Kevin Butler’s ever-changing title
·  Make sure you include your own name and title (e.g., John Smith, Desperate Fan)
·  Keep your submissions brief and to the point (30 seconds or less)
·  Videos can be about anything PlayStation related
·  All content must be original—no copyrighted music, video, pictures, etc.
·  Don’t film Kevin’s response

Three winners will receive airfare, hotel accommodations and a per diem to attend E3 from June 15th – June 17th.  Need some inspiration?  Head over to Sony’s YouTube channel and learn from the master himself.

I am guessing that any Dear Playstation ad that reminds Sony of what the PS3 Can’t do probably won’t get you to far in the competition.  This out to be fun, as I am guessing there will be some hilarious entries. 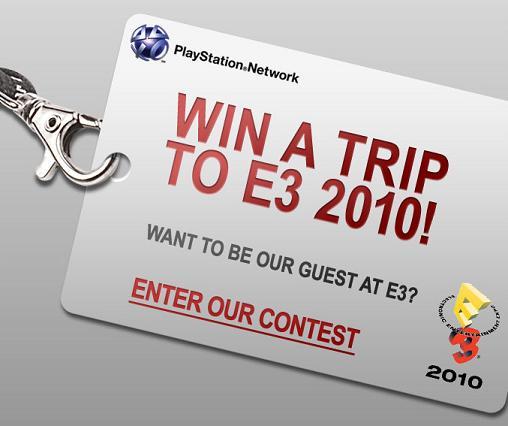