But, those that purchase Splinter Cell: Conviction can get in on the multiplayer beta that's scheduled for this Summer. Splinter Cell comes out April 16th so for a limited time, you can get into the beta that way. I'm anxious to see what Ubi has in store for the third game in the series as I had a lot of fun with the first one. I'm sure we'll see a lot more in the near future and hopefully some playing time at E3.

[EDIT: DAN]  UBI has posted an image of the new Ghost Recon Skull logo on their twitter feed... 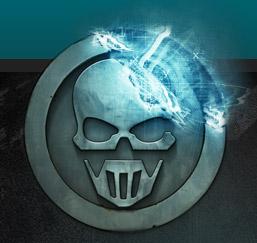 Ubisoft is offering gamers a chance to be the first to play Tom Clancy’s Ghost Recon: Future Soldier’s Multiplayer Beta this summer 2010. This exclusive beta invitation will be available for a limited time to customers who purchase Tom Clancy’s Splinter Cell Conviction™ for the Xbox 360® video game and entertainment system from Microsoft, which releases on 16 April 2010.