by: Jeremy - posted: 2/14/2012 9:17:00 AM
More On: The Orange Box
Valve is really enjoying teasing their fans with hints at another installment in the Half Life franchise, or at least it appears that they are. In recent months, Half Life 3 t-shirts have been popping up left and right and this past week, another one has appeared in the wild. Gabe and crew supposedly recently tracked down a gamer who shared the name of Half Life’s protagonist, Gordon Freeman, and sent him a bunch of goodies.

Gordon posted pictures of his swag on his Twitter account which included a signed copy of the Orange Box for Xbox 360 and that damned shirt we keep seeing everywhere. Come on Valve, this isn’t like you! GIVE US SOME INFO ON THE GAME ALREADY!

**UPDATE: There are a lot of accusations being made that this is in fact a hoax created by the Twitter user in question. As with most rumors regarding a game's potential announcement, this should all be taken with a grain of salt. There is still no official word on Half Life 3. 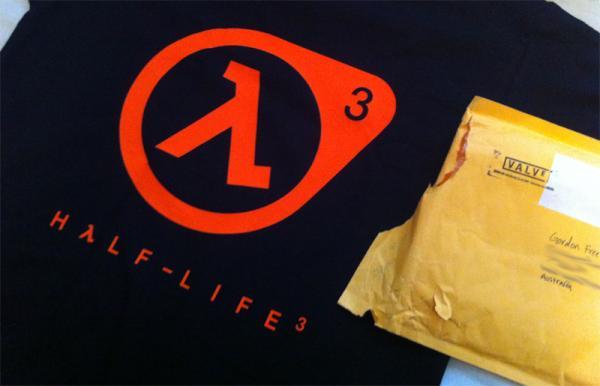