This Naughty Bear will be on the loose in 2010

by: Nathan - posted: 12/9/2009 11:04:00 PM
More On: Naughty Bear
Publisher 505 Games U.S. and developer Artificial Mind and Movement unveiled Naughty Bear earlier today. Offering a "...unique bled of comic mischief and astonishingly bad behaviour..." the gameplay of Naughty Bear has not been clearly defined. All indications point to Naughty Bear being a 3D shoot 'em up not unlike the recently released Fairytale Fights or an older 3D shooter Fur Fighters. The story tells of a misfit bear, named Naughty Bear, who lives on an island who's main inhabitants are bears. It's bad enough that the other bears don't let him join in any reindeer bear games, but when Naughty isn't invited to a birthday party he goes all Rambo on the whole island. The release of Naughty Bear is slated for some time in 2010 for the Xbox 360 and PlayStation 3. For more info check out the publisher's website or just click... 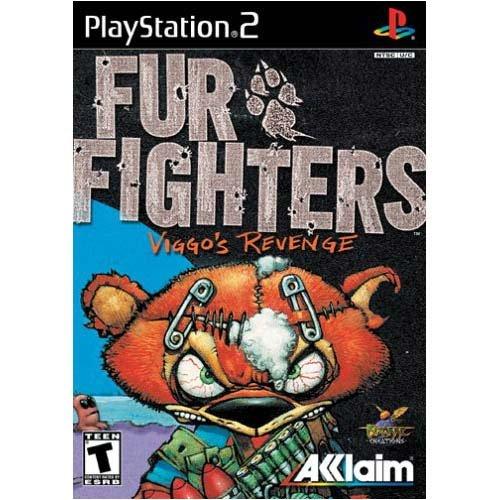 
Agoura Hills, Calif. - Dec. 9, 2009 - 505 Games U.S. and developer Artificial Mind and Movement (A2M) today unveiled Naughty Bear, a cheeky action video game featuring a unique blend of comic mischief and astonishingly bad behaviour. Set to release in 2010 for the Xbox 360™ and PlayStation®3 platforms, players will take on the role of Naughty Bear, a bear driven to seek vengeance after the other bears don't invite him to the big birthday party. Scorned for the last time, Naughty Bear becomes hell bent on manipulating and terrorizing the blissful bears inhabiting the Island of Perfection.

"Players tired of the same old shoot-'em-up, recycled gameplay are going to get what's coming to them in Naughty Bear," said Adam Kline, president, 505 Games U.S. "The all-new scare-based points system introduces a whole new element of fun in Naughty Bear as players win the most rewards for being deviant and maniacal."

As Naughty Bear, players will wreak havoc on every stuffing-filled foe that crosses their path. Featuring an array of weapons, objects and scare tactics, gamers strive to earn Naughty Points as they inflict physical and psychological harm on Naughty Bear's enemies. This all-new scare-based points system means players will win the most rewards for being deviant and maniacal. The variety allows for a completely new experience every time players pick up a controller and the ill-fated bears become more difficult to harass and terrorize as the game progresses. Naughty Bear features more than 30 levels to unlock, with unique characteristics and weaponry encountered at every stage. Gamers can search the game world and collect all the hidden party items locked away by the other bears.

"Naughty Bear is sure to become a favorite guilty indulgence as players take on the classic role of a wolf in sheep's clothing," said David Osborne, creative director at Artificial Mind and Movement.

Players will be able to cause chaos and calamity in Naughty Bear for Xbox 360 and PlayStation 3 platforms in 2010.


About 505 Games
Based in Los Angeles, CA, 505 Games (U.S.) is the North American division of 505 Games, a global videogame publisher. The U.S. operations launched in May, 2008 to bring quality interactive entertainment to North America on all game platforms including Microsoft Xbox 360™, Sony PlayStation® 2, PlayStation® 3, PSP, Nintendo Wii™ and DS, as well as PC, online, and mobile. The company's management team hails from the leaders in global entertainment including major motion picture studios, videogame publishers and leading game development studios. With the company's deep experience and proven success in interactive entertainment worldwide, 505 Games is looking to drive the industry forward with innovative game experiences that integrate next generation game play, immersive stories and integrated brands that can take the business to a new level. The company offers a broad selection of videogame titles in all genres for players of all ages.

About Artificial Mind & Movement
Based in Montreal, Quebec, Artificial Mind & Movement (A2M) is Canada's best independent game developer, employing 500 talented people in Montreal, Quebec and Santiago, Chile. Since 1992, the company has developed 120 titles across every game platform, including its highly-stylized third person shooter WET™. Our studios work with the industry's top publishers and licensors, including Activision Blizzard, Bethesda, Disney, Electronic Arts, Fox, Konami, LucasArts, Viacom and Warner. Artificial Mind & Movement is committed to producing unparalleled game experiences with original or licensed Intellectual Properties. From 2006 to 2008, the company has ranked simultaneously amongst the Deloitte Technology Fast 50™ and also as Canada's 50 Best Managed Companies™.