The Grinder goes multiplatform, gets a monstrous delay

by: Sean Colleli - posted: 2/5/2010 12:38:00 PM
More On: The Grinder
The chuckleheads over at IGN are reporting that The Grinder from High Voltage Software, previously a Wii exclusive, will be getting a 360, PS3 and PC release as well. This jump to other platforms also means that the game will see a massive delay to Halloween 2011. I'm not so worried about the delay--2010 has plenty of great games to keep us all busy--but this turn of events does have some interesting implications.

I'm a little conflicted by this announcement, and I'm sure a number of diehard Nintendo fans are downright pissed. With The Conduit, HVS built a rep for themselves as the savior of serious gaming on the Wii. Wii owners were pretty excited about a Left 4 Dead style game to call their very own, especially with confirmed Wii MotionPlus controls and four-player co-op. A multiplatform approach for The Grinder does make sense financially though, and it's nice that HVS hasn't at all abandoned the Wii build and are still putting a lot of effort into it. HVS isn't abandoning the Wii; they already have the fighting game Tournament of Legends coming in May and they're also making the Wii version of Iron Man 2.

The online mode for The Grinder will naturally be better on the other consoles and PC--Nintendo's online service sucks and there's no changing that. Still, I have to wonder if The Grinder will will be as successful on the other platforms. Both the PC and 360 already have two Left 4 Dead games. The Conduit stood out because there weren't many good shooters on the Wii, and I can assume that had it been Wii exclusive The Grinder would have gotten the spotlight there too. If HVS wants PC and 360 fans to notice The Grinder, they'll have to make it an outstanding game. 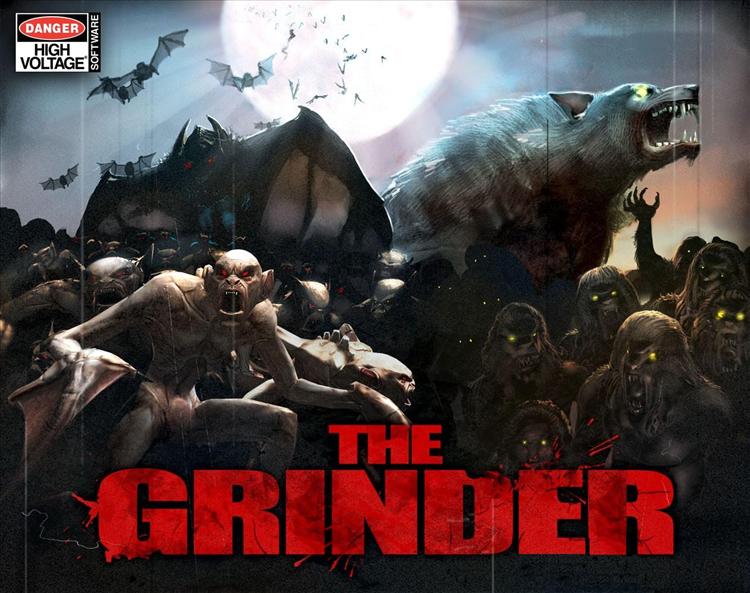