by: Jeremy - posted: 5/4/2010 9:23:00 AM
More On:
Jack Friedman, the founder of both THQ and Jakks Pacific, passed away yesterday. Mr. Friedman passed after being hospitalized for the past couple of weeks at the age of 70.

Friedman is perhaps best known to the gaming public as the founder of game giant THQ. He founded THQ in 1989 and led the company until 1995. It was in 1995 that Jack founded the toy company that would become a juggernaut over the next decade: Jakks Pacific. The creation of Jakks Pacific was, to many, the next logical step in his career as he had over 30 years of experience on the toy industry, many holding the reigns of LJN Toys until its sale in 1985.

Jack Friedman will be remembered for mare than just his contributions to both the video game and toy industries though; he was known as an extremely generous philanthropist and supporter of numerous childrens’ organizations such as Marine Toys for Tots, Feed the Children, and the Special Olympics.


We here at Gaming Nexus would like to extend our deepest condolences to Mr. Friedman’s family and friends for their loss. 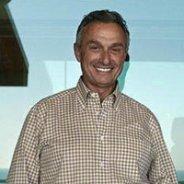