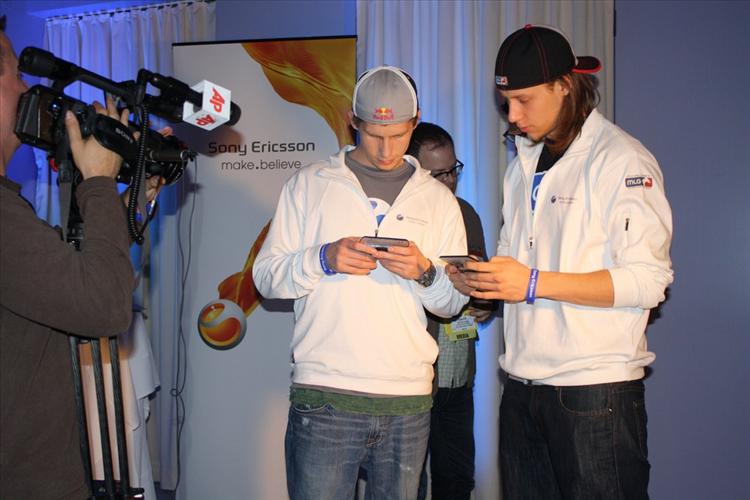 "Sony Ericsson is redefining mobile gaming with Xperia™ PLAY. It's designed to give you everything you need from a fully featured smartphone and the one thing you want– the ultimate mobile gaming experience," said Peter Farmer, Head of Marketing for North America, Sony Ericsson.  "We know that Major League Gaming's community of gamers will put that gaming experience to the ultimate test and we're looking forward to connecting with this highly engaged global community."

MLG is the premier property for video gaming competition and is the exclusive sanctioning body for both competitive professional and amateur gaming competition. It operates a rapidly growing digital platform with a community of approximately 8 million, as well as the multi-city Pro-Circuit tour. The 8th season of the Pro Circuit will include competitions in six major U.S. cities and will be streamed live online. With more than $1 million in prizes and player stipends, this will be the largest season in MLG history.

"At MLG, we aim to showcase the latest technology that will benefit our community of gamers," said Sundance DiGiovanni, CEO, MLG. "Xperia™ PLAY is an amazing smartphone and a stellar gaming device bringing the best mobile capabilities to our audience."

Xperia™ PLAY is powered by the latest version of the Android™ platform (Gingerbread version 2.3) and will also be the first PlayStation® Certified smartphone. This means it will have access to PlayStation® game content provided through the PlayStation® Suite initiative, currently under development by Sony Computer Entertainment and due to launch later this calendar year.

In addition to the PlayStation content from the PlayStation® suite framework there will be more than 50 games from various Android publishers optimized for Xperia PLAY available at launch. Users will have a best-in-class gaming experience with many popular titles, including Asphalt™ Adrenaline 6, Bruce Lee, Star Battalion, The Sims 3™ and Tetris™. Other leading franchises available at launch include, Guitar Hero™, Assassin's Creed™, and Splinter Cell™.

A pre-loaded application will enable users to easily discover and download titles that have been optimized for game play on the Xperia™ PLAY, access recently played games and see information about the games they have downloaded.

Founded in 2002, Major League Gaming (MLG) is the dominant media property exclusively targeting the approximately 40 million consumers in North America who have a passion for playing video games as a competitive social activity. The company exclusively represents the best professional gamers and gives millions of aspiring gamers around the world an opportunity to compete, improve their skills, and socialize through our thriving online competitive community and live Pro Circuit competitions. For more information: www.majorleaguegaming.com.

Sony Ericsson celebrates its 10th year as a joint venture between Sony Corporation and Ericsson in October, 2011. Over the years the company has brought together the best communication technologies with superior entertainment user experiences to create its Xperia™ line of the most entertaining smartphones in the mobile handset industry. With its global corporate functions in London, Sony Ericsson has sales and marketing operations in all major regions of the world, as well as manufacturing in China, and product development sites in China, Japan, Sweden and Silicon Valley, California. For more information, please visit: www.sonyericsson.com/press.