by: Russell - posted: 4/6/2011 11:18:00 AM
More On: Sniper Elite V2
505 Games and Rebellion announced today that the long-awaited console sequel to the Xbox game Sniper Elite is coming to the Xbox 360 and PlayStation 3.  Sniper Elite V2 will be a modern take on the classic Sniper Elite for the current generation of gaming consoles when it is released in 2012.  Read on for the official press release. 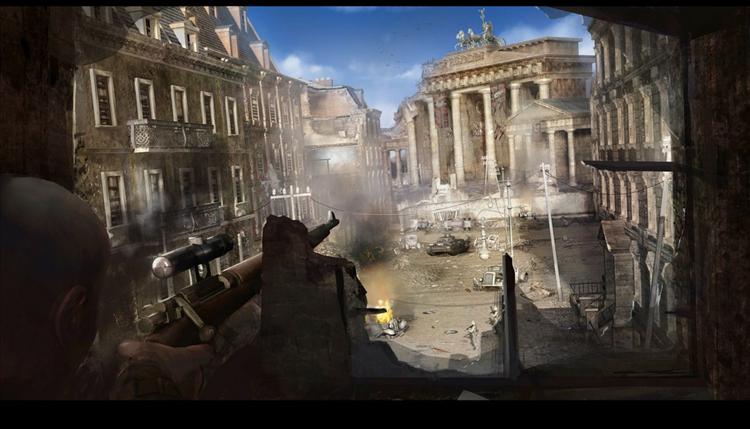 505 Games and Rebellion on Target with Sniper Elite V2

Los Angeles, CA – April 6, 2011 – Publisher 505 Games and developer Rebellion today announced the long-awaited console sequel to third-person tactical WWII shooter with Sniper Elite V2, coming to Xbox 360® video game and entertainment system from Microsoft and the PlayStation®3 computer entertainment system.Sniper Elite V2 will be a modern take on the critically and publically acclaimed classic Sniper Elite for the current generation of consoles – revitalizing a genre all of its own when it is released in 2012. Released in 2005, Sniper Elite saw gamers playing an American OSS secret agent disguised as a German sniper in Berlin during the final days of World War II.

It earned considerable public and critical acclaim with its blend of stealth action - which emphasized patience and cunning over reflexes alone - culminating in being awarded "Best PC/Console Game" at the TIGA awards 2005.

“It’s very exciting to be working with one of the new breed of major publishers like 505 Games,” said Jason Kingsley, CEO of Rebellion. “Sniper Elite was an important, genre-defining property and we’re hoping to have even greater success by teaming up with the talented guys at 505.”

“It’s fantastic for us to be involved in the world of Sniper Elite again,” Chris Kingsley, CTO of Rebellion, added.  “We look forward to winning even more awards with Sniper Elite V2 and wowing the consumers with what will be a great game.”

“We’re very excited to be working with Rebellion on this highly anticipated sequel. Sniper Elite has always been the benchmark of the genre and never been bested....until now,” said Ian Howe, Managing Director of 505 Games. “We guarantee that the sequel will be the most authentic WW2 sniping experience ever – not just in terms of weapon ballistics, but also in delivering the heart-pulsing tension of those do or die moments where one shot really does matter.”

About 505 Games
Based in Los Angeles, CA, 505 Games (U.S.) is the North American division of 505 Games, a global videogame publisher. Launched in the U.S. in 2008, 505 Games publishes quality interactive entertainment on all handheld, mobile and console gaming platforms, offering a broad selection of videogame titles in all genres for players of all ages. For more information on 505 Games and its products please visit www.505games.com.


About Rebellion
Rebellion is one of Europe's leading independent video games developers and comic book publishers. With a diverse portfolio of publisher-owned and internally developed IPs, with hits such as worldwide number one Aliens vs. Predator, Star Wars BattleFront, The Simpsons Game and Sniper Elite, Rebellion prides itself on its unique and innovative approach to IP development and stewardship.