Daedalic Entertainment does not play around when it comes to art direction. Case in point being Silence: The Whispered World 2. While 2D artists painted up the insanely beautiful original, this sequel implements insanely beautiful 3D artistry. Gah. I can't even pick my jaw up off the floor right now. I've never seen a more incredible transformation from two- to three-dimensional characters and backgrounds.

In Silence: The Whispered World 2, a boy and his sister escape (what looks like) World War II by somehow teleporting to the world of Silence. But in Silence, the boy is alone, his sister is missing, and war ravages Silence as well.

Silence: The Whispered World 2 will be available late 2014 on PC and Mac. 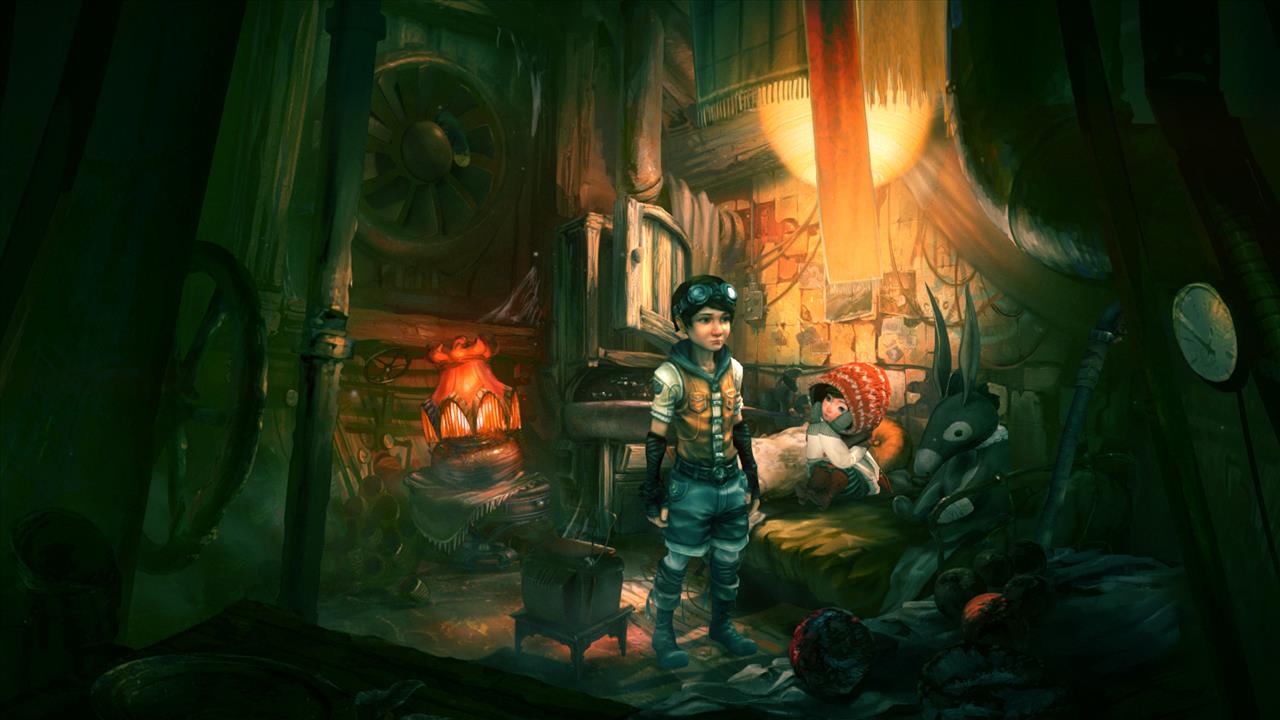 Hamburg, January 15, 2014 – Fans of The Whispered World can look forward to a reunion with their hero of the first installment: the clown, Sadwick. In Silence – The Whispered World 2, the boy whom Sadwick saw in a reflection, has grown into the teenager Noah. He and his little sister Renie will be playable characters and accompany players on the journey through the Whispered World as it slowly but surely reclaims Noah, turning him into Sadwick again.

Noah, now 16, is about to lose his little sister to the perils of war in the real world. He barely manages to follow her and finds himself, alone, back in Silence; the dreamscape world he traveled as Sadwick the clown. And even here, war ravages the land. In search for his sister Noah - again in the guise of Sadwick- joins a group of rebels who fight the False Queen.

With completely new 3D visuals, The Whispered World 2 will take players back to Silence, a world made of dreams. Sadwick and Renie's quest will lead to a visually impressive and emotionally investing adventure, with many mysteries to unravel around Sadwick, his sister and the dreamworld of Silence.

Apart from a lot of new features and a story with humor and heart written by Anne von Vaszary and Marco Hüllen, players can look forward to more familiar faces from Silence.

Daedalic Entertainment has scheduled Silence – The Whispered World 2 for release towards the end of 2014 for PC and Mac.