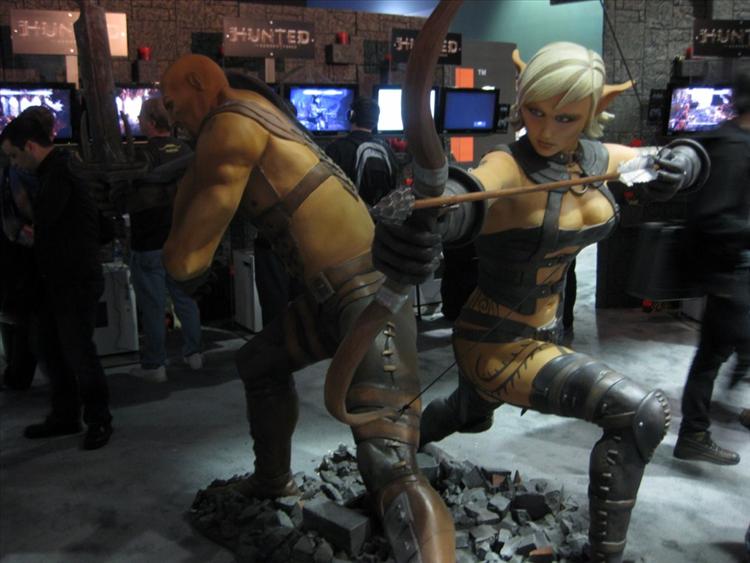 A while ago, a fellow gaming journalist coined the term "Gears of Warcraft" to describe Hunted: The Demon's Forge, and after playing it I can't think of a better way to describe this game. It's geared towards two-player co-op (either online, split-screen, or system link), and while it can be played solo, I don't know why you would. The idea of cracking some undead-warrior skulls is most appealing when you're with a buddy, I think.

Hunted tells the story of two mercenaries contracted to investigate the disappearances of local villagers and generally foul deed-ery, and end up sucked into what promises to be an epic tale of demons and forging; if it seems like i'm hurrying through the plot, it's only because i want to impress upon you how much fun it was just smacking skeletons with a battleaxe or sniping at a distance with my trusty bow. "Or" is a key word in that phrase: unlike most games that lock you into a character choice, players can switch from the elvin archer to the human warrior at certain magical stations, even in co-op (with the other player's consent, obviously). Both characters get access to various types of magic, and have ranged and CQB weapons, though the elf is better at ranged and the human better at the up-close bashing and smashing.

There are also some light puzzle elements, and branching dungeons with optional side-quests; Hunted: Demon's Forge is in season in 2011.