Meanwhile in Defiance, one lucky gamer will get a transmedia experience as their video game character's likeness is artistically rendered into a "special place" in the TV show. One can only hope that special place is in the pale alien lady's hot tub room.

When it comes to declaring a winner, very little luck will be involved. From April 30 (the contest already started) to May 12, the person earning the most ark salvage per hour during their time played over the contest's duration will win.

What I take that to mean is: you can't just log in for an hour, make a bajillion ark-salvage bucks, or whatever, and then log out hoping you'll win. You'll have to complete a Most Wanted: Competitor and Most Wanted: Rogue's Gallery pursuit as well. That means killing mutants, raiders, 99ers, and plenty of other undesirables on your path to video-game-TV-show-crossover fame.

The official sign-up site hints that this is only the first opportunity to do this. You'll have more chances to get your game character digitally remastered for the TV series in the future. Sure would up the ante if one of those times has you transformed into a bath bead in Stahma Tarr's hot tub. 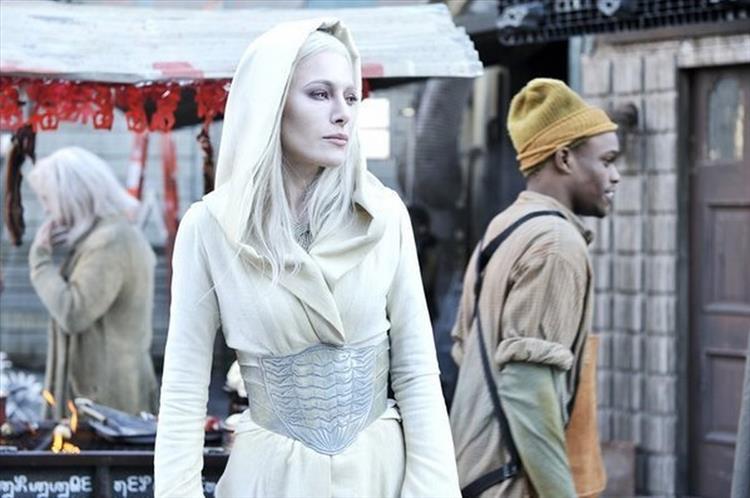 WANT TO SEE YOUR YOURSELF ON TV?!! TRION WORLDS TAPS FANS FOR THE DEFIANCE™ MOST WANTED CONTEST

Redwood Shores, CA (April 30, 2013) Defiance™, the groundbreaking futuristic online open world shooter from Trion Worlds has announced its first contest merging the two worlds of Defiance. Nolan and Irisa crossed from the game to the show, and now players have the chance to follow in their footsteps! To win, fans must outgun the competition in game from April 30 - May 12 to see themselves on an upcoming episode of Defiance on the Syfy channel.

Both pursuits will be in-game in the “Goals” section of the GO menu starting at 12:00am PDT April 30. The “Rogue’s Gallery” pursuit tasks you with eliminating various mutants, raiders, 99ers, and more, while the “Competitor” pursuit pits you against other ark hunters in team-based PvP and Shadow War modes. The winner will have artists from the Defiance series render their character’s likeness into a special place in an upcoming episode.

To enter this amazing chance to win a spot on the show, follow the contest registration steps at the official contest page here: www.defiance.com/most-wanted.

Defiance players have already played alongside lead show characters Nolan & Irisa, experienced the Armistice Festival and now can earn their way on the show through Most Wanted. This is just the beginning of the transmedia events coming as the game will continually introduce new missions, pursuits and storylines that connect the two media worlds. For the most comprehensive information on the all of the upcoming crossover events and new game content coming to Defiance, be sure to subscribe to the Defiance newsletter. You can subscribe by logging in to your Trion account and checking the Defiance box in the “Newsletters” tab.

Defiance is rated M for Mature by the ESRB. For more information on Defiance, please visit www.Defiance.com.