by: Randy - posted: 6/28/2013 4:00:00 PM
More On: Super Splatters The Legend of Zelda: Oracle of Seasons
It's understandable if you didn't buy new video games this week, since a record-breaking number of you are on Amazon spending your lunch money on PlayStation 4 and Xbox One pre-orders. The Gaming Nexus staff will let you know which way they're leaning in this console showdown in an upcoming group article. Regardless, watch your wallet--can't throw a dead cat without hitting a summer video game sale somewhere.

Russell Archey | staff writer | Twitter @neoscyther
I got a tad behind with the Oracle games, but I finished up The Legend of Zelda: Oracle of Seasons and got the password to use in Oracle of Ages. Hopefully I'll be able to finish that up within the next week. Beyond that, I also finally started Donkey Kong Country Returns 3D so I might play some more of that as well.

Sean Colleli | staff writer
I'm reviewing Super Splatters so that's probably what I'll be playing this weekend. I enjoyed the first one but the sequel feels a lot more polished, and I'm getting a kick out of its sense of humor. I'm also doing a little retro gaming: my annual 100 percent playthough of Metroid Prime. You know how you reread your favorite book every year? It's kind of like that.

Charles Husemann | editor-in-chief | Twitter @chusemann
This weekend I'll hopefully have Magrunner wrapped up so I can finally focus on The Last of Us and, of course, more MechWarrior Online. I'll also attempt to make progress on my replay of Half-Life 2 which continues to be as awesome as I remember it.

Randy Kalista | staff writer | Twitter @randykalista
I'm chronicling my adventures in EVE Online. The first entry begins with an honest appraisal of my character's cheek bones in the mirror, and ends with a Stockholm syndrome-like appreciation for my faction's coyote-ugly ship designs. If I could only play one video game for the rest of my life, this is the one I'd bring with me to the desert island. 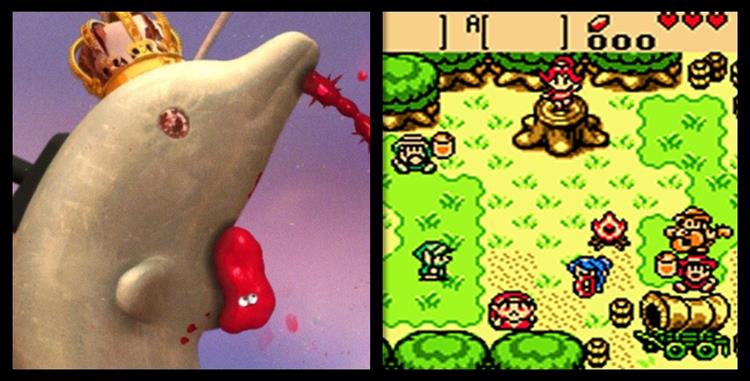