Nintendo at GDC: 3D Mario is in the works

Nintendo has confirmed what everyone already suspected: a new 3D Mario game is currently in development for the new Nintendo 3DS. The specific details of the Super Mario Bros. 3DS title are still being kept under wraps but the title will reportedly be a “traditional” Mario game while utilizing the 3D capabilities of the system to ensure true depth and distance to the title’s gameplay mechanics.

We are likely still a ways out from the title seeing release, so don’t expect to find it in stores when the 3DS system launches later this month. The development team working on the title is the same team that brought Mario to the Wii in the form of Super Mario Galaxy 1 and 2. We will likely get our first glimpse of the title at this year’s E3 and can probably hope for a Holiday release. 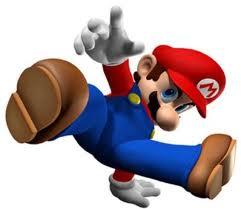