Nintendo DSi and DSi XL get a little cheaper

by: Nathan - posted: 5/10/2012 2:37:00 PM
More On: Nintendo DS
If you are one of the few who have missed out on a Nintendo DS then now may be the time to pick one up. Nintendo has announced that effective May 20th, both the Nintendo DSi XL and the Nintendo DSi will both be getting price drops.

Something that should be taken into consideration is that if you buy a DSI XL it will come pre-installed with games and applications including Brain Age Express Arts & Letters and Brain Age Express: Math and Photo Clock

In my opinion if you don't have a DS yet then you are missing out on a gigantic library of amazing games including one of my favorite games of all time 999: Nine Hours, Nine Persons, Nine Doors. 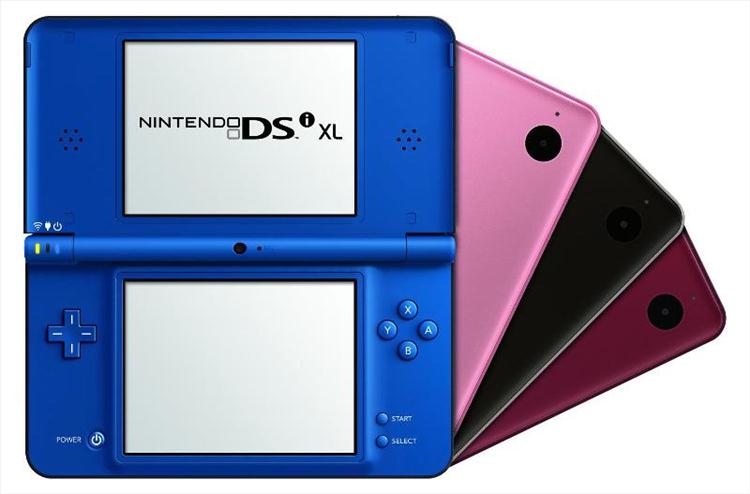 The Nintendo DS family has more than 2,000 different packaged and downloadable games for veteran and new players of all tastes. These include timeless Mario games like New Super Mario Bros. and Mario vs. Donkey Kong: Minis March Again!, puzzling adventures like Professor Layton and the Last Specter and Dr. Mario Express, fun software like Photo Dojo and Shantae: Risky's Revenge, the gray matter-stimulating Brain Age: Train Your Brain in Minutes a Day! and Brain Age 2: More Training in Minutes a Day! and upcoming games like Pokémon Conquest, which is available June 18.

The new suggested retail prices provide an even greater incentive to pick up the systems, and provide an easy option for parents who want to introduce younger kids to their first portable games.

With graduations looming, Father's Day approaching and the start of the summer travel season imminent, the new suggested retail prices appeal to all kinds of shoppers.