Microsoft fighting ghosts with their X4

by: John - posted: 2/1/2010 5:22:00 PM
More On: SideWinder X4
Microsoft has another keyboard coming out and this time you can push up to 26 keys at once. The Microsoft Sidewinder X4 is developed by Applied Sciences Group that boasts and anti-ghosting feature that will let you push an insane amount of keys. I don't know why you would want to push 26 keys at once but if you so desire, here's the keyboard for you.

As with most gaming keyboards, you can record macros for multiple key presses, profile saving, and backlighting on the keys. If you're interested in the offering from Microsoft, you can expect the keyboard to come out in March at a price of $59.95. 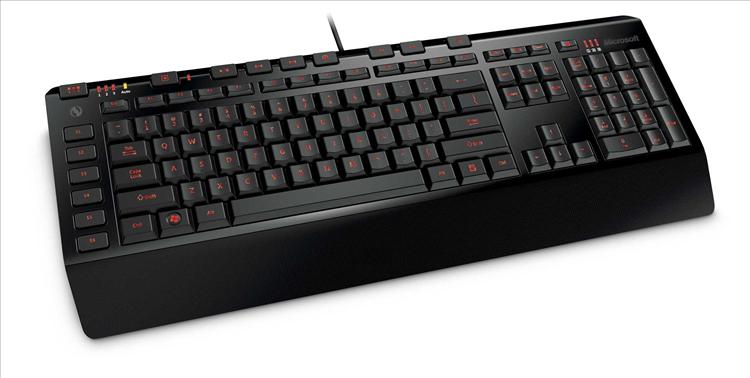 REDMOND, Wash. — Feb. 1, 2010 — What gamers request most is better control in-game, and today Microsoft Hardware launches the SideWinder X4 Keyboard, a keyboard designed to give gamers more control over their gaming experience with the industry’s most advanced anti-ghosting technology. Developed by the Applied Sciences Group, this new technology ensures gamers’ most complex key combinations will be recognized by the computer to keep the game in action. The new keyboard also offers other advanced gaming features such as macro recording, mode and profile switching, and adjustable backlighting.

The Applied Sciences Group, an interdisciplinary research and development team that works across the Microsoft Entertainment & Devices Division doing applied research for Microsoft Hardware, Microsoft Surface and Xbox 360, developed the anti-ghosting technology with gamers in mind. The advanced technology takes anti-ghosting to the next level by allowing gamers to press up to 26 keys at once. Because each key is scanned independently by the keyboard hardware, each key press is correctly detected regardless of how many other keys are being pressed at the same time. The SideWinder X4 Keyboard excels where other keyboards fail, letting users execute key combinations and taking full advantage of their skill and speed.

“We’re always looking for new and novel ways to enhance people’s interactions with their PCs,” said Steven Bathiche, research manager of the Applied Sciences Group at Microsoft. “We know that ghosting can be a problem for gamers, so we wanted to develop a way to eliminate this issue and improve the overall gaming experience, and we’ve succeeded with the new anti-ghosting technology in the SideWinder X4 Keyboard.”

The SideWinder X4 Keyboard also offers more of the features gamers need to stay at the top of their game. Macro recording lets them string together multiple moves into one press of a button, and the new automatic macro repetition feature lets them repeat the macro over and over as needed with one key. Mode and profile switching also provides easy ways to customize the keyboard for different games and users while adjustable backlighting lets gamers select the lighting level that meets their needs.

The SideWinder X4 Keyboard will be available in March 2010 for the estimated retail price of $59.95 (U.S)1 and will be available for pre-sale on Amazon.com later this week. The SideWinder X4 Keyboard is backed by a worldwide three-year limited hardware warranty, and more information about this and other Microsoft Hardware products can be found at http://www.microsoft.com/hardware.