by: John - posted: 4/24/2008 7:28:00 AM
More On: NCAA Football 09
Something new this year is that each console version of NCAA Football 09 will feature a different cover athlete. For the PlayStation 3 version, it's Boston College's Matt Ryan. Matt's gearing up for the draft now and he's hoping he doesn't slide in the draft like another highly touted QB in last year's draft. *cough*Quinn*cough* I'm not really seeing Matt as a good pro QB but hey, there's always the chance he'll silence the critics.

Anyways, while I thought last year's version of the game was OK, I'm happy that EA has jumped into the online Dynasty route that other franchises have had for a while. You can have up to 12 people in a league so it should make for an interesting dynamic recruiting against other human players. Spring games have just finished up so we're about a few months away from the start of the season and this game appearing on the store shelves. 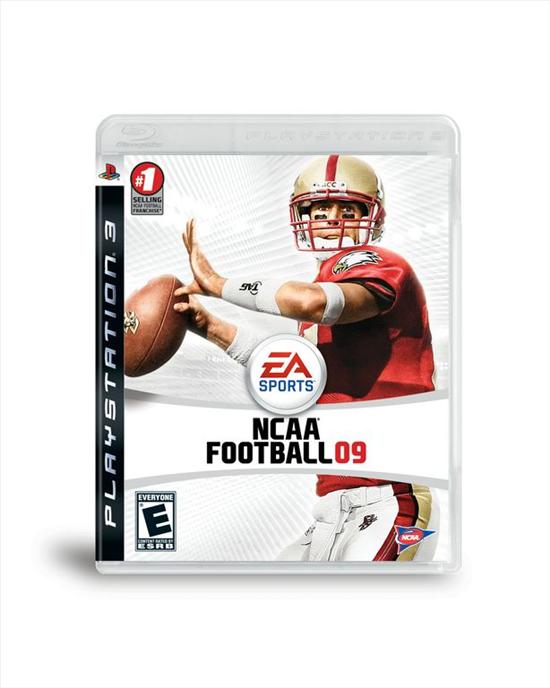 REDWOOD CITY, Calif., – April 23, 2008 – Electronic Arts Inc. (NASDAQ: ERTS) announced today that NCAA® Football 09, scheduled for release in North America on July 15, will feature wide open gameplay, college atmosphere and online enhancements. This year’s iteration of NCAA Football brings to life the fun and excitement of gameday Saturdays. In addition, former Boston College quarterback Matt Ryan will be the cover athlete for NCAA Football 09 on the PLAYSTATION®3 computer entertainment system. This year, the packaging for each of the NCAA Football 09 console platforms will feature an exclusive cover athlete.

“NCAA Football 09 showcases everything that makes college football exciting and unique,” said Executive Producer Jeremy Strauser. “From enhanced gameplay and presentation to our online Dynasty Mode offering - the only franchise mode online for EA SPORTS, we feel that this will be a standout product accurately reflecting the college football experience and also captures the true emotion of football on Saturdays.”

College football has never before felt more wide open than in NCAA Football 09. Gamers will experience the excitement of making big plays on the field, as they will have the ability to directly control and influence the game through the all-new break away animation engine. With huge cut-back lanes, new tackling animations and wider blocking holes, NCAA Football 09 offers a host of offensive opportunities.

NCAA Football 09 also brings the atmosphere, pageantry and tradition of college football to life. Through the redesigned stadiums, which reflect even more detail of each school’s individual playing field, to the dynamic sidelines filled with school colors, cheerleaders and mascots, players will feel the excitement of college gameday. Players can gain Home Field Advantage as the intensity of the home crowd rises and rattles the composure of opposing teams. All 120 Football Bowl Subdivision schools are represented in the game and players can even customize the in-game atmosphere with their own personal music collection.

Off the field, NCAA Football 09 features its most robust Dynasty Mode yet, inviting fans to create and manage a perennial powerhouse program from landing blue-chip recruits to winning championships on the field. For the first time ever, Dynasty goes online with up to 12 competitors to recruit head-to-head, customize schedules and play for up to 60 seasons.

Former college football standout Matt Ryan will join former Arkansas All-American Darren McFadden as a spokesman and cover athlete for NCAA Football 09. Ryan will be featured on the PLAYSTATION®3 cover and as a four-year player, he finished his career at Boston College as the school’s career leader in pass completions and was named the Atlantic Coast Conference’s Offensive Player of the Year in 2007. In his senior season, he helped lead the Eagles to an 11-3 record and a victory over Michigan State in the Champs Sports Bowl. Ryan was awarded the 2008 Manning Award, which is given each year to the nation’s top senior quarterback.

The remaining two exclusive cover athletes for the PlayStation®2 and the PSP®(PlayStation®Portable) systems will be unveiled the beginning of May.