Mario and DK are back on the move

The game will feature over 180 new puzzles to solve with the titular Mario Mini action figures, and this time there's even a level editor that lets you build your own maps and share them with friends. I like the art direction here--puzzles on the touch screen, Mario 3D Land-esque graphics on the top screen. It's always nice to see original content from Nintendo, but seriously guys. You pulled the 3DS out of its fatal nosedive, it's the Wii U that's on life support now. And without a unified press conference, you better have something damn good--a lot of somethings, actually--for E3 this year. 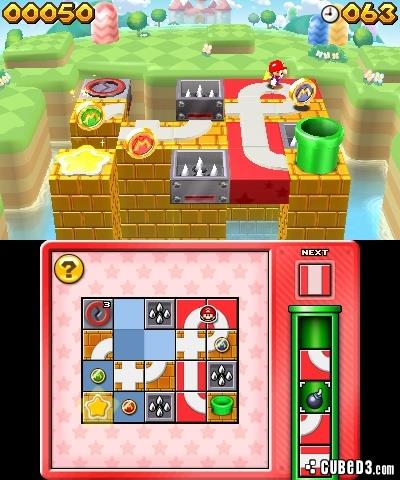 When Mario and Donkey Kong get together, memorable video game moments are born. Whether it’s on the girders of a construction site, the rainbow-colored roads of a kart track, or, in the case of upcoming Mario and Donkey Kong: Minis on the Move for Nintendo 3DS, a series of tricky tile-based puzzles, the two iconic video game characters always know how to deliver classic, fun game play.

The game contains more than 180 puzzle-based levels over four central game modes: Mario’s Main Event, Puzzle Palace, Many Mini Mayhem and Giant Jungle. After experiencing the excitement of the main modes, players can even unlock four unique mini-games, and also create their own puzzles with the level editor and share them with friends.