Madness set to Return his June

The sequel, developed by American McGee’s own studio, Spicy Horse, has Alice returning got Wonderland ten years after the events of the first game. Alice is now free from the Rutledge Asylum and in the care of a London psychiatrist. Just because she has been released doesn’t necessarily mean that she is doing any better; in fact, the hallucinations and nightmares that haunt her have gotten worse. Just like the first game, Wonderland is warped by the level of Alice’s insanity, which is now at a completely different level than it was a decade ago.

I was thoroughly impressed with the first game, particularly in the twisted tale that American McGee crafted for the game. The fact that the new title has been created by his own studio gives me hope that the new game will be just as memorable. We shall find out this summer... 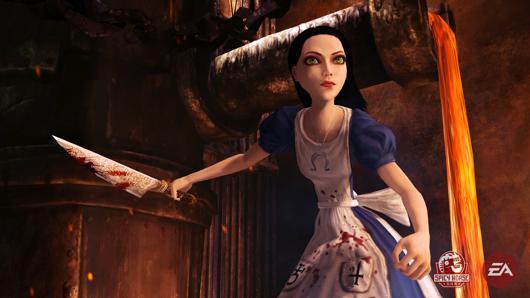