by: Jeremy - posted: 5/6/2010 4:30:00 PM
More On:
Mad Catz is taking their arcade fight sticks seriously; so seriously in fact that they have decided to enter into a sponsorship agreement with the world’s premier Street fighter competitor. Daigo “The Beast” Umehara will use Mad Catz sticks where ever and whenever he plays. It really doesn’t change his strategy much as Daigo admittedly already uses the Mad Catz Tournament Edition FightSticks when he plays. Now it is official though and Daigo will also be offering some advice and influence in Mad Catz’s future product development.

You can read Mad Catz’s official press release announcing the alliance after the jump... 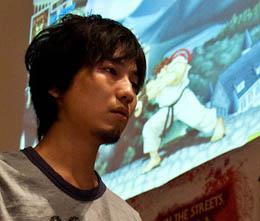 An avid player from the age of 11, Daigo is one of the gaming worlds’ most esteemed players, participating in tournaments for over 15 years and winning prestigious titles across no less than 10 different fighting games.

A celebrity amongst gaming enthusiasts, Daigo regularly participates in various exhibition bouts, writes his own regular gaming column and continues to participate in tournaments worldwide, including the famous Evolution series of tournaments which he has won several times. In addition, Daigo is the reigning Street Fighter® IV champion.

As part of Team Mad Catz, Daigo will represent the company at all professional gaming engagements around the globe using Mad Catz’ highly-acclaimed range of Tournament Edition FightSticks, including the new ‘Super Street Fighter™ IV Arcade FightStick: Tournament Edition “S”, recently launched to coincide with the release of the game later this month.

Working alongside the Mad Catz product designers and engineers, Daigo will offer a professional gamer’s perspective to the Mad Catz new product development process. Daigo’s role and input is consistent with Mad Catz’ commitment to bring to market accessories which represent the very highest levels of engineering and manufacturing quality and which enhance the gaming experience.

Daigo Umehara commented, “In my opinion, the Mad Catz Tournament Edition FightStick is the most realistic and authentic Arcade Stick available and continues to be my controller of choice when playing in tournaments. I’m excited to be part of Team Mad Catz and look forward to working closely alongside with them.”