Is this the new Xbox 360 motherboard?

We've had leaks before where we thought were not true (PlayStation 3 slim) but then turn out to be dead on. Could this be another one? It seems that Microsoft went with a single CPU/GPU design here to try and save space. This looks to be a rough sample anyways with the Coolermaster fan and all but we do know Steve Ballmer indicating that they might do some new form factors. This picture could be a your first look at it. 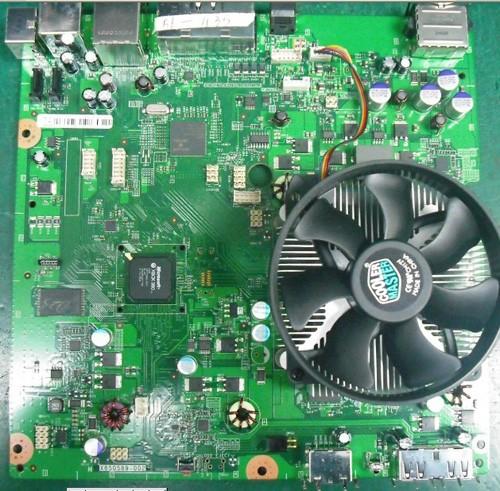