by: Nathaniel - posted: 5/4/2012 2:14:00 PM
More On: Hybrid
It seems like downloadable multiplayer shooters are quickly becoming a very big thing.  That's good to someone like me who has always thought that multiplayer games and single-player games should be kept separate even when the same franchise offers both.

Hybrid, developed by 5th Cell, however, isn't connected to any known franchise.  It just happens to looks 100% like Platinum Games's 2010 shoot-a-thon, Vanquish.  If Vanquish had multiplayer it would be just like Hybrid.  Both games carry identical aesthetics from the gleaming hard lines of the armor, guns, and the levels themselves to the 3rd person perspective and rocket-assisted locomotion.  They're different only in that instead of robots, you shoot at what are, ostensibly, humans in Hybrid and the rocket-assisted locomotion is limited to jetpacking around the zero-gravity maps the combat takes place in - oh, and there's no time dilation in Hybrid either.  So yeah, if you don't count all those things that are different, it's just like Vanquish.

The combat consists of 3v3 battles between two faceless future factions (the Variant and the Paladin) as they battle across the globe for control of dark energy.  The games themselves occur in roughly oval-shaped maps spattered with chest-high walls that are on the floor, ceiling, and even the walls.  The three modes in the beta were team deathmatch, king of the hill, and Overlord (The overlord earns points, you kill the overlord to become the overlord, and the first team to reach a set number of points wins).  In theory, that sounds cool.  In practice, however, for me matches played out in one of only two ways.  The first one is that both teams simply chase each other around the map desperately hoping someone forgets to check their six long enough to get the drop on an enemy.  The second, and by far the worst, are pitched sniper duels.  "How can a sniper camp in a circular map," you ask?  It's because that every map manages to contain at least one chest-high wall situated in a corner where no one can get behind them.  Then, because the maps are so small, it becomes a matter of simply waiting for some poor soul to jetpack into your field of vision.  Two snipers covering each others's blind spots can effectively lock down an entire map for the duration of the match.  They're aided by the incredibly slow speed at which you jetpack around.  No amount of serpentining will save you from anyone skilled enough with a sniper rifle to make camping their chosen tactic.

The actual process of moving via jetpack is very simply and intuitive, even if it is too slow.  You simply highlight a visible chest-high wall and hit the move button.  While in transit, you have several options.  You can activate a limited speed boost.  Unfortunately, it's too limited to save you from sniper campers.  You can also fire your weapon, either from the hip or by aiming down your sights, and you can strafe.  However, as the trip from one cover spot to another is essentially on rails, your strafing options are pretty limited.  No matter which direction you strafe in, you're still being funneled toward cover.  However, you can select a different cover location mid-flight and you also have the option of a one-button no-look auto-retreat that sends you back to the cover you came from.

Both of those features seem like they'll be a big help for when things got too hot, but they aren't.  For one, there's not a lot of opportunity to redirect your course mid-flight because often there's no other cover between where you started and where you end up.  Each map (the beta offered only two) offers maybe one or two options for mid-course adjustment but it's only from certain places that these options cross your field of vision.  Furthermore, since the maps are small and and you can't see where the enemy is unless you or a teammate activate a certain power (more on that in minute), if there is no enemy at your original location, they'll likely be at or near the other on; so there not much tactical incentive to change destinations mid-flight.  The quick-retreat button offers the same kind of risk, again because of the small and circular nature of the maps you often retreat into the enemy's line of fire; and drawing a bead on an enemy that surprised you while you're panic retreating is pretty much hopeless without the ingestion of massive quantities of Red Bull first.

Your gun isn't the only weapon you have to take out the opposition, however.  Kill-streaks unlock the ability to spawn an armed drone to aid you in battle.  The first two just float around and seem to get destroyed before they do much damage since you can't actually control where they go or who they shoot at.  The third, however, unlocked after a kill-streak of five, is a sword-wielding hunter-killer that will seek out a single target and eliminate it before disappearing.  I like the idea, but in practice, drones tend to mix together and make it impossible to separate friend from foe in the heat of the moment.  You can spawn a drone, look around, then discover that your drone has been replaced by an enemy's (you won't know where your drone went or where their drone came from).  And often you won't even realize it's not your drone until it's shooting you in the face.

Drones aren't the only battle aides either.  You also have an active skill that you can select as part of your loadout along with a primary weapon (of which, there are many).  These include things like extra armor, specialized bullets, or a radar ping that will temporarily highlight enemy positions for your entire team; however that skill makes communication or awareness in the lobby important since it's pointless for more than one of you to use it.  You'll unlock more of these and different weapons, as well, as you level up by earning XP in matches.  XP is modified by kill-streaks and by fulfilling arbitrary "missions" that are randomly given to you before each match.  They're never anything more interesting than "get X number of kills with X weapon (that you probably haven't even unlocked yet)."  It's another nice idea that doesn't really go anywhere.

Overall, that sums up my impression of Hybrid pretty well.  It's a game that is full of good ideas, but as of yet, none of them are really executed well enough to justify their existence.  Hopefully, before it comes out this summer they'll use what they learned during the beta period to tighten up those gameplay features that, if done right, would really make Hybrid a fun and different multiplayer experience. 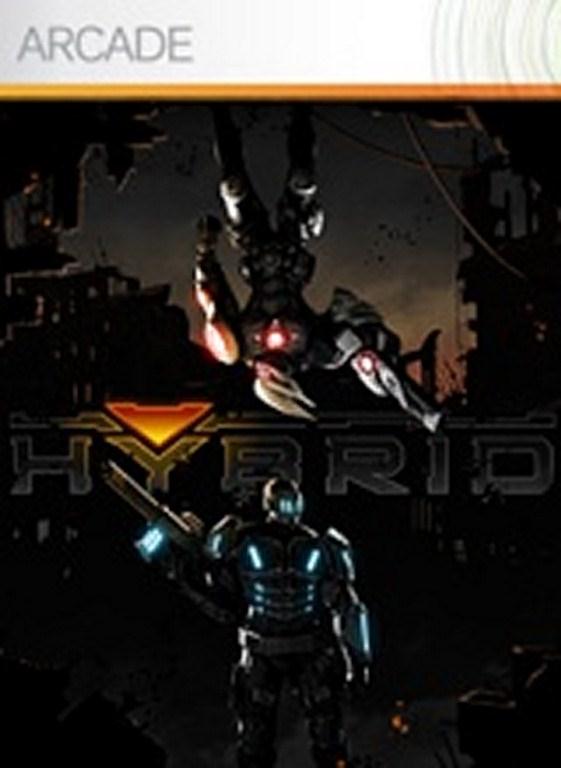