by: Jeremy - posted: 10/17/2012 1:53:00 PM
More On: ZombiU
Last week I mentioned that I got a chance to sit down and play with Disney Interactive’s Epic Mickey: Power of Illusion for the Nintendo 3DS. That wasn’t the only game that I got my hands on last week; I also got a chance to check out a few titles for the new Nintendo Wii U, including Ubisoft’s highly anticipated ZombiU. Sean gave his impressions on the game late last night, now let me give you quite a different take.

Read on to find out what I am talking about... 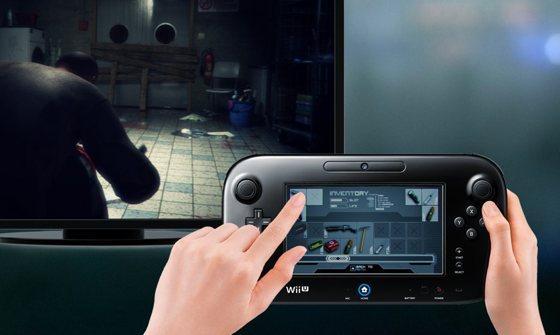 Much like Sean, I have spent countless hours of my life with the likes of the Left 4 Dead series, the Resident Evil series, and many other zombie-themed adventures. Needless to say, I enjoy a nice, fresh zombie adventure. I was extremely interested in seeing what Ubisoft had in the cards for ZombiU; it looked like a nice mix of all of the various games I mentioned above. After playing it however, I found myself underwhelmed and disappointed. Sure, it tries a few novel things, mainly through the use of the unique functions Wii U controller, but that is easily lost in the game’s lackluster attempt to mimic the games that set the standard(s) for the zombie genre. I am not going to go into length at describing the gameplay and such, as Sean did an excellent job of that in his impressions. Instead, I am going to focus on my impressions from the experience, which proved to be vastly different than Sean’s.

The Wii U controller itself is the game’s main strength. The screen of the controller is used for reference in many ways, including as a mini map, inventory management as well as to scan the environment for clues. Because of the use of the screen, players are forced to take their eyes off of the screen frequently, which adds both a sense of realism to the experience and increases the the level of risk that you have to take in the game. Scanning the environment in particular is very well done; when you switch to the scanning mode, you can look anywhere, literally 360 degrees around your environment.

The scanner will point out items of interest and allow you to make special / notable locations on the mini map. If there is an element of investigation in the full game, something that I didn’t witness in the brief demo that I played, then this could become really interesting and something that will set ZombiU apart from the rest of the industry. Only time will tell on that as we learn more about the game in the future.

There are some aspects of the survival-horror genre that they nail with the game, namely the sense of desperation and the need to seriously conserve your ammunition and supplies. You truly feel like you are in a desperate situation every step of the way. It is very easy for the player to fire off an entire clip in desperation as you are trapped in a corner; however, doing so would seal your own fate.

Aside from those two aspects, the game really feels like a ripoff of the popular games of the genre over the past couple of years. The graphics and the environments are very bland and something out of a B-horror movie; the game really does nothing for me in terms of setting the mood and creating a scary atmosphere. Granted, I only played the game for a very brief demo, but I never once felt interested in the world around me, which is something that is desperately needed to set the tone for a good game. The same thing can be said for the actually zombies that you encounter; aside from occasionally running into your own re-animated corpse following your death, these creatures feel like faceless bodies.

I am not ready to pass judgment on the game yet, but I am also losing interest based on the early build that I played. The trailers that have been shown now hit me like great trailers for a lackluster movie: all of the good parts are shown before you even experience the full thing. That is my fear with with ZombiU, that we have seen the best that the game has to offer already. Then again, this was a very early build of the game and there is still a ton more to be revealed. Hopefully Ubisoft has something more in store for gamers with the full game which will likely be pushed as one of the bigger launch titles for the Wii U.