Arenanet continues to churn out updates for its dedicated Guild Wars 2 community.  The first update of 2014, entitled "Origins of Madness", will allow players to take on the arch-villain dubbed Scarlet Briar, but the update is much more than that.  This is going to be more than just a battle as it is depicted as a full scale war between players and Scarlet Briar.  New journeys and events must be covered in order to reach the battlefield, according to the update notes, but it is guaranteed that more than one event is awaiting players in this latest update.  New creations and events will challenge players on their way to the final confrontation with the vixen.  The update is live and will automatically download with the client upon logging in. 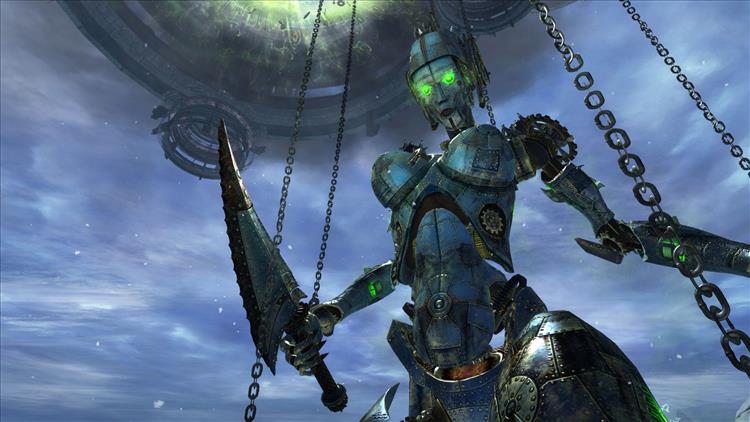 Players Must Rally Against Epic Bosses as Villain Scarlet Briar
Begins Massive Assault on Tyria
BELLEVUE, Wash. – January 21, 2014: ArenaNet, developer of the acclaimed Guild Wars franchise, has released “Origins of Madness,” the first Guild Wars 2 living world update of 2014. Beginning  today, players will match wits and take up arms against the schemes of arch-villain Scarlet Briar,  experiencing in-game events that promise massive battles and shocking revelations.
In “Origins of Madness,” Guild Wars 2 players begin the battles that set the stage for the war to come with Scarlet.  The diabolical genius has done everything in her power to tear Tyria apart with her mysterious plans and armies of minions. Now, players will begin to face Scarlet head-on, starting with massive fights on multiple fronts against two different but equally deadly threats.
On one front, players must journey to the mountains of Lornar’s Pass where Scarlet is massing her armies to defeat the Twisted Marionette, Scarlet’s titanic new clockwork creation. It will require a coordinated assault by an army of players to challenge both the Marionette and Scarlet’s combined forces.
The other threat lies in Bloodtide Coast, where Scarlet has awoken something ancient and dangerous. The Great Jungle Wurm is a huge beast with three ravenous heads and an arsenal of attacks at its disposal. Only a determined effort by a large group of players has a chance at defeating this menace.
Great dangers and action on an epic scale await in “Origins of Madness,” but great knowledge comes from overcoming these foes as well. In this release, players will uncover truly startling revelations about Scarlet’s plan for Tyria and its citizens.
Guild Wars2 is a visually stunning MMO that offers players the epic grandeur of a massive role playing environment combined with innovative combat mechanics, dynamic events, and customized personal storytelling.  Building on the success of Guild Wars, NCSOFT and game developer ArenaNet™ have created an MMO that lets gamers play the way they want, while at the same time retaining the no-subscription-fee business model that made the original Guild Wars so popular.
For more details on Guild Wars 2 and the living world releases, visit www.guildwars2.com.
# # #