by: Nathaniel - posted: 10/11/2011 12:53:00 PM
More On: The Elder Scrolls V: Skyrim
So apparently today is "leaked images from The Elder Scrolls V: Skyrim day" here at Gaming Nexus; however, this one comes courtesy of Bethesda itself rather than the mysterious ether that most other leaks are spawned from.  Bethesda has released the official map of Skyrim via Elderscrolls.net, and you can check it out for yourself in the image below.  Skyrim is the northernmost province in Tamriel, is the home of the Nords, sports five major cities, and is roughly the same size as Tamriel's royal province of Cyrodiil seen in Oblivion.  The Elder Scrolls V: Skyrim comes in one month from today. 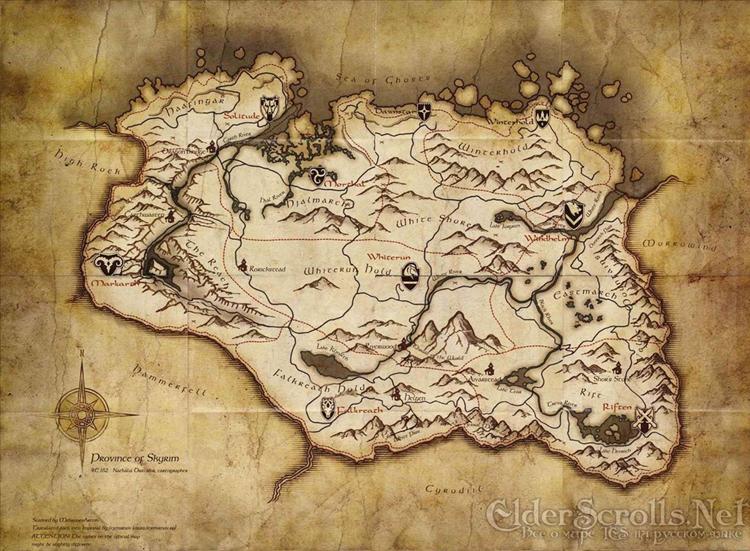