The team is taking the A50's almost completely wireless so that you no longer tethered to anything when you have the headphones on, the lone wire you will need will be to tether the headset to an Xbox controller for Xbox Live chat.

Astro's roots in industrial design are evident in every aspect of the A50's.  The new headsets share the look as the company's popular A40's but with a few twists.  The new headset has been designed to reduce the number of visible buttons on the headset so you don’t look like Lobot when you wear them.  To do this they have moved all of the major buttons to the back of the right cup of the headset .  Here you will find the power button, the master volume control, and the switch to move through the A50's three audio levels. 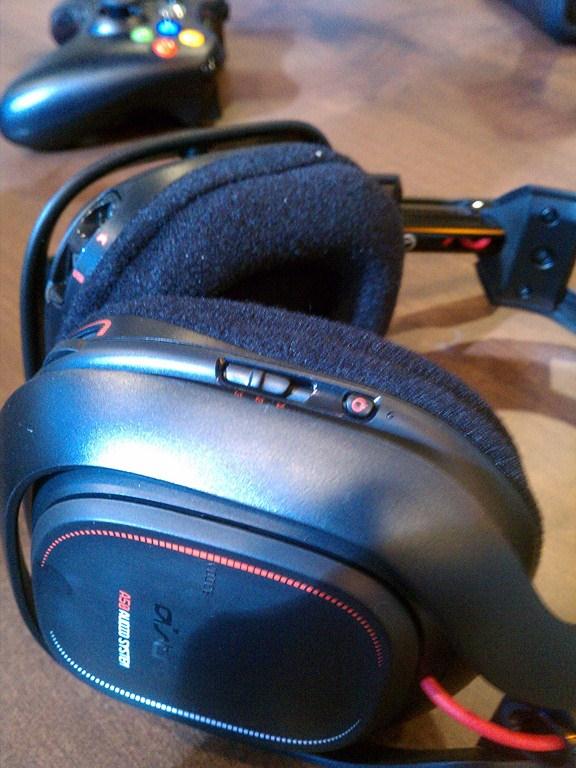 The three audio levels include one for media, a game tuned setting (similar to the levels from A40), and a tournament setting which lowers the mid and bass levels and boosts the high frequencies allowing you to hear subtle audio (like footsteps, much easier.  Of course if you don't like those settings you can hook the head set up to your PC and adjust them manually through a separate application.

Astro has also cleverly hidden the controls to balance game audio/chat balance in a rocker switch in the outside right speaker cup.  As you adjust the levels the system will provide you with beeps when you hit both ends of the spectrum.  Those settings won't change until you change them so you don't have to worry about them when changing audio modes. 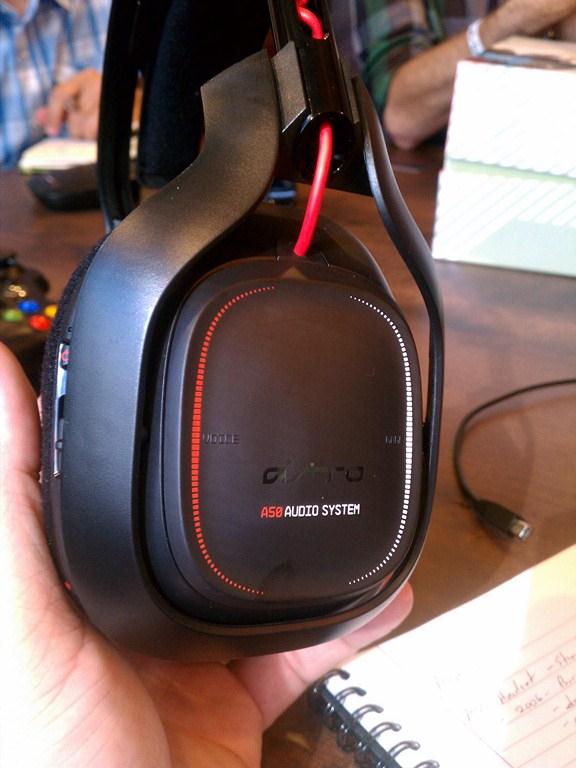 The first thing I noticed when picking the headset up is how light it is for such a massive headset.  The A50 headset is extremely sturdy looking and feels well built so I was expecting that to translate into a bit of heft but it just wasn’t there.      It's not feather light by any means but I didn't feel like my neck was going to get a good workout by hearing it for long periods of time.

The next thing I noticed was how good the audio sounded.  The team at Astro is using the Kleernet audio chip which allows them to use the full 5.8 gHz spectrum.  This is significant because it allows them to use send uncompressed audio between the base station and the headset, resulting in a spectacular audio from the headsets.

The headset will feature an onboard Lithium Ion battery which should provide 10 hours of gaming fun before needing to be recharged.

The final bit of Astro sexiness is the combination stand/recharging unit which you can see below.  You don't have to put the base station in the cradle if you've got to embed it in with the rest of your audio setup but it does look nice when it's there with the headset.


It looks like Astro has another big hit on their hands.  It comes at a fairly steep price though as the set will cost $299.99.  You'll be able to pre-order the set within the next two weeks and the set should be in the hands of gamers within the next month or so.