by: John - posted: 6/16/2010 10:23:00 AM
More On: E3 2010 HOTAS Warthog
I owned one of the original Thrustmaster throttle and sticks modeled after the F-4 Phantom a long time ago but they’ve really upped their product quality in the last ten years or so. The HOTAS Cougar was, and I say that now, premier HOTAS setup but after yesterday’s presentation, it has a short shelf life as the top of the their controller line.

What you see below is the HOTAS Warthog, which as the name implies, is modeled after the A-10 Warthog plane. The plane’s made to take down ground units and has that iconic machine gun on the front that just shreds apart any buildings, tanks, or pretty much anything on the ground. Thrustmaster made that plane’s controls as the basis of their upcoming product. 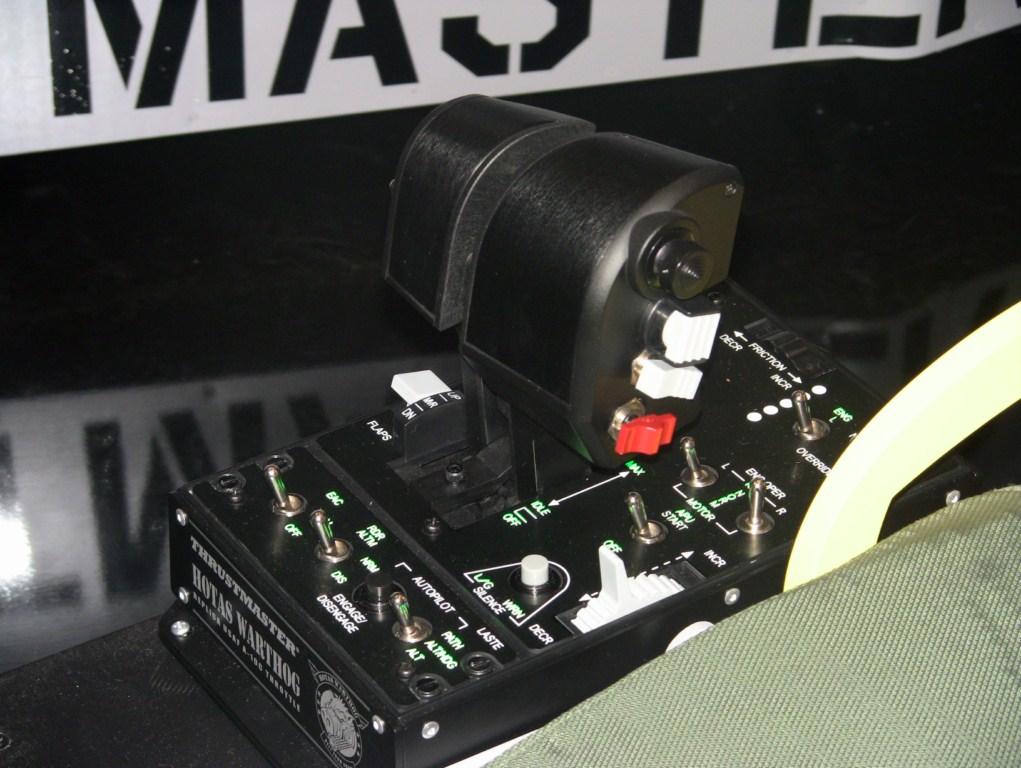 Thrustmaster did plenty of research from poling 1000 folks, (500 who owned the Cougar), feedback from those that owned Cougar, and community and game developer opinions in developing the HOTAS Warthog.

Five things were considered with the making of the HOTAS Warthog. It had to be sturdy as you don’t want a setup to feel cheap or move around a lot. Dual throttle was a must. If you’re a flight aficionado, plenty of buttons and switches was also vital. Finally, a robust programming user interface needed to be there to set it all up. What started out in 2006 is now about ready to be made available for the masses.

The HOTAS Warthog features 51 buttons with 19 on the stick, 17 on the throttle, and 15 on the control panel. It’s precise with 16-bit accuracy on the stick and 14-bit precision on the throttle. Durability is there with an all metal casing and a replaced Gimbel system that will be accurate for a long time. 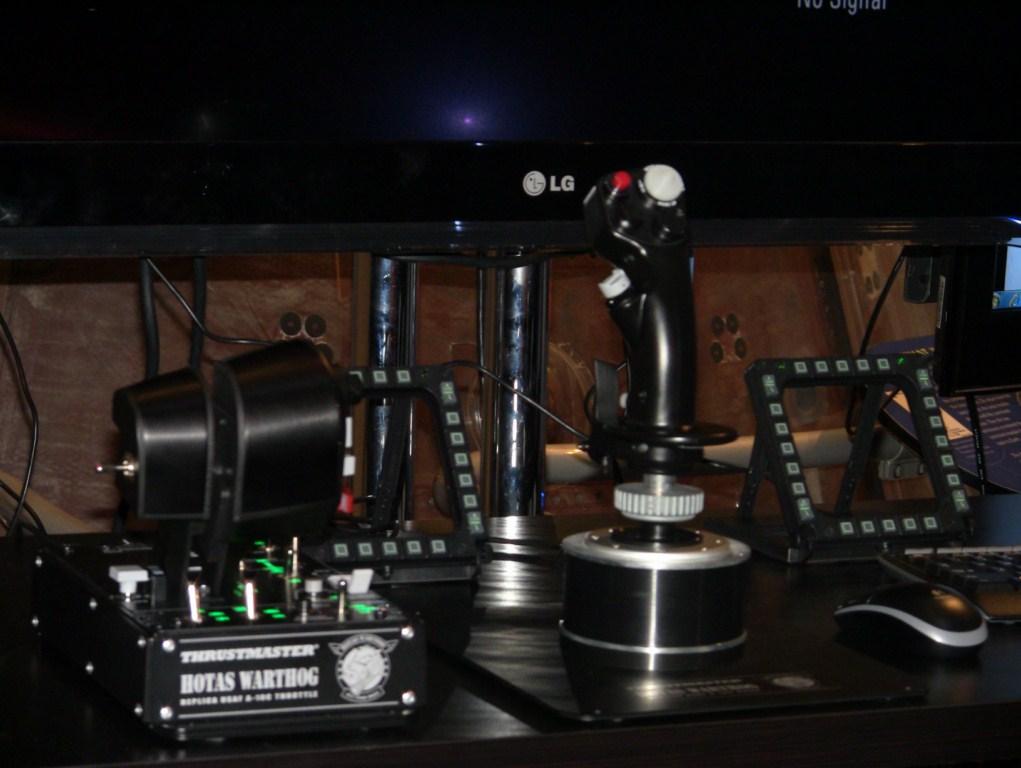 From a layman’s perspective, the throttle is both daunting and amazing. I mean there are so many switches, hats, buttons, lights, it is a sight to behold up close. The throttle moves really smoothly and the dual throttle can be locked together with a flick of a switch. One cool thing is that you can pull up on the throttle a bit to rotate it further for idle or afterburner.

The stick is the same as it was smooth maneuvering all around. It feels really solid and the buttons are just perfect. Not surprising as Thrustmaster did research by measuring the resistance on real Warthog controls to duplicate them exactly on the HOTAS Warthog.

To show how accurate the stick was, the Virtual Thunderbirds were on hand to fly in some impressive cockpit mockups. Two virtual pilots flew a formation and they stayed just a few feet or so away from each other throughout the session. Just watching the amount of adjustments on both the throttle and stick needed to keep in formation between the two showed how precise the controls were and had to be for that level of precision in flying. The demonstration ended with both pilots touching down at the same time. Just from this alone, I got the feeling on how well made and how accurate the HOTAS Warthog system is.

Those that are hardcore into flying will be lusting after the HOTAS Warthog without question. Even as a former sim gamer, I want one now for my own setup whether it’s getting back into flight sims such as Lock On or perhaps setting the product up to use in MechWarrior. There was no pricing but the product should be out in the Fall. I bet our own Dave Gamble’s probably wiping the drool off his monitor right now. Thanks to Thrustmaster for their hospitality at the event.