This year I asked with most of the people I’ve met what they thought of the format. Those that were showing the past few years talked about how lifeless it was and how “depressing” the show became. Unanimously, every PR person and the fellow journalists I talked to talked about how much they enjoyed this year’s E3. Most said it felt like the energy and excitement was back. All the journalists I asked said it was great in that it wasn’t too big and it wasn’t dead like last year. We all were able to get our work done and not have to fight through large crowds. Sure there were more public attendees this year but at no time did I feel I was burdened by them like previous years.

I made sure to pay attention of many of the faces in the crowd as well as the ones I’ve met in the past who have come back. You could see how much more they enjoyed the show based on the expressions on their faces and their enthusiasm at the booths. I overheard many conversations on how they really liked this year.

Yes, there weren’t that huge swell of people waiting to get into the show floors and the booths weren’t as overpower as previous years but that’s a good thing. You still had some large booths though such as Activision, Sony, Nintendo, and EA but nothing like compared to previous years. It was still a little hard to talk to on the show floor sometimes but for the most part the show did a good job of not overwhelming you with sound.

I really, really liked this year’s E3. I hope that the show doesn’t grow too much. I can see a few more areas being opened up to accommodate some more vendors as a there were a few areas that were closed off in the main halls. But, I liked being able to walk around without having to find alternate paths through large crowds, being able to pick up food without having to wait 30 minutes in line, and to be able to walk up to most things and get to play with it hands on without having to wait another 10 minutes to do so. It was fun and carefree without feeling stressful like in years past.

So this year’s E3 was a return of sorts to the old ways but in a more subtle fashion. With that everyone seemed pretty happy with the result. Now a part of that could be people comparing to last year’s show where not as many enjoyed the format but since I didn’t go last year I don’t have anything to compare that to. For me, it was the perfect balance of sizes in booth and population. Let’s hope they keep it this way for next year as with what I experienced, I’m finally excited about going to the next show. 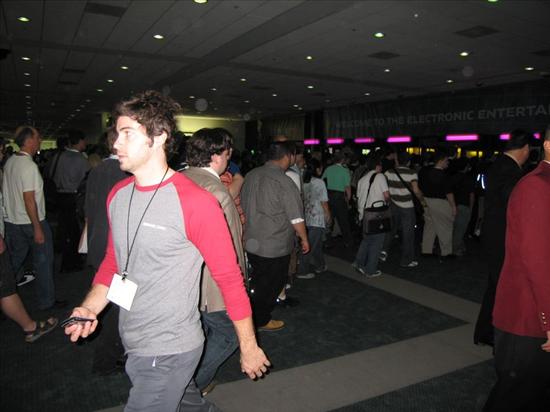