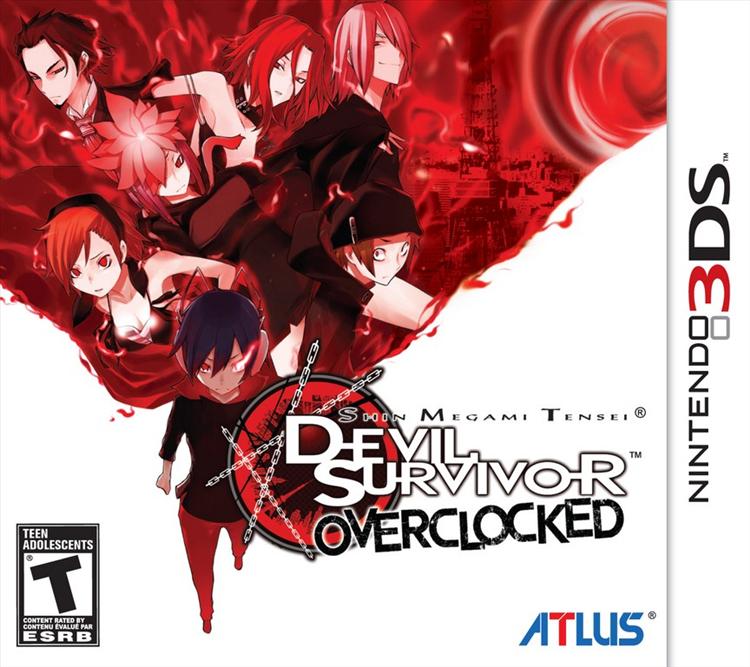 FULL TRAILER RELEASED FOR SMT: DEVIL SURVIVOR OVERCLOCKED, POISED TO BE THE FIRST RPG FOR NINTENDO 3DS, SET TO RELEASE ON AUGUST 23

IRVINE, CALIFORNIA -- JULY 6, 2011 -- ATLUS today released the full video trailer for Shin Megami Tensei®: Devil Survivor™ Overclocked, an RPG/SRPG hybrid for Nintendo 3DS™ currently scheduled to release on August 23.  Poised to be the first roleplaying game to arrive in North America for the recently launched handheld, Devil Survivor Overclocked offers the perfect blend of pure JRPG action, deep but accessible strategy, and a dark tale of survival in a city crippled by a supernatural lockdown.  In a rare treat for North American gamers, Devil Survivor Overclocked releases in their region before any other, even Japan, giving them first access to the SMT series' debut on Nintendo 3DS.
Loaded from start to finish with examples of the new and enhanced content fans can look forward to from the upcoming Nintendo 3DS remaster of the award-winning original, the new trailer shows off the numerous reasons RPG fans should snag their copy when it releases next month.  The video also accurately conveys the game's unique tone: the protagonists aren't on some grand quest to save the world, but rather in a desperate fight for survival amidst martial law in the suddenly demon-infested streets of Tokyo.  With a refreshing hybrid RPG/SRPG engine that boasts up-close, turn-based fights built into an intuitive grid-based battlefield with a wealth of tactical factors to consider, Devil Survivor Overclocked isn't content to inaugurate the RPG genre on Nintendo 3DS with anything less than innovative, diverse gameplay.
Taking full advantage of Nintendo 3DS' increased capacity cartridges and superior audio technology, nearly every line of written dialogue is now complemented with voice-overs of exceptional quality for a handheld release.  In addition to the stellar aural presentation, all of the game's lovingly crafted artwork has been remastered to take advantage of the higher resolution displays.  Lastly, on top of a host of other refinements, a new eighth chapter gives fans of the original release more to experience within the popular story and its cast.
SMT: Devil Survivor Overclocked is currently scheduled to launch for Nintendo 3DS on August 23, 2011.  Visit the game's full website, now live: http://www.atlus.com/devilsurvivor3ds