The single screen provides as a clue for an upcoming gameplay trailer to be released in an undisclosed time in the near future. So far, trailers have been been fairly focused on cinematics with an attention to both Jensen’s augmented suit and its abilities as well as the surrounding threat of war and destruction.

Taking a gander at the screenshot, I would judge by Jensen’s stance that he is about to perform one of his many abilities allotted to him by his suit’s powers. Perhaps the trailer will delve into a mission taking place in the medical facility, as hinted by the sign to his left. From my general experience with undertaking video game missions, the “Pump Room” could very easily indicate some device that needs to be tampered with to hinder the plans of his enemies.

Take a look at the screenshot below and let us know what you think the gameplay trailer might be in the comments. 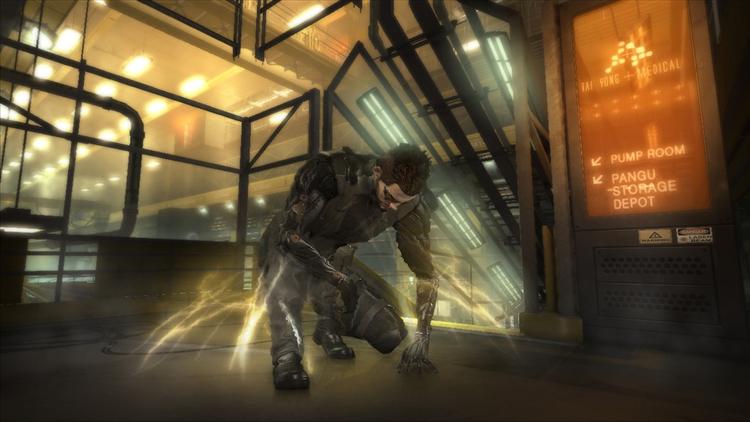