Cuddle up with the Mass Effect 3 demo this Valentine's Day

by: Travis - posted: 1/19/2012 3:40:00 PM
More On: Mass Effect 3
Single gamers or those in a relationship will both be pleased to hear that the demo for Mass Effect 3 will be released on that special day of love, Valentine's Day. The demo will feature gameplay from the initial attack by the Reapers on Earth as well as the co-operative multiplayer mode. Also, the demo will include support for full voice recognition functionality with Kinect.

The demo for Mass Effect 3 will be available on February 14 for Xbox 360, PlayStation 3, and Windows PC. The actual game will be released on March 6 for North America and March 9 for Europe. 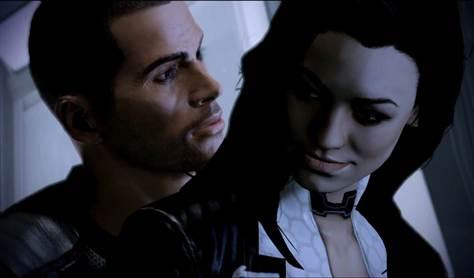 EDMONTON, Alberta – January 18, 2012 – Award-winning developer BioWare, a label of Electronic Arts Inc. (NASDAQ:EA), announced today that the demo for 2012’s first blockbuster game, Mass Effect™ 3 will be available beginning February 14, 2012. The extensive demo will allow players to experience the all-out galactic war against an ancient alien race known as the Reapers from multiple fronts, including the mind-blowing opening attack on Earth that kicks off the single-player campaign. Players will go deeper into the campaign and also get a taste of the franchise’s new co-operative multiplayer mode as they preview the epic story, adrenaline-pumping action and deep customization options that lie ahead when Mass Effect 3 launches on March 6, 2012. The Mass Effect 3 demo will be available for the Xbox 360® videogame and entertainment system, PlayStation®3 computer entertainment system and PC. Mass Effect 3 will also be one of the first pre-launch demos to support full voice recognition functionality on Kinect™ for Xbox 360.

“We are excited to be able to give gamers an expansive demo that will put them right on the front lines of this all-out galactic war,” said Casey Hudson, Executive Producer of the Mass Effect series. “The entire scale of the game is bigger than anything we’ve ever done. With its intense action, deep customization and raw emotional power, Mass Effect 3 will deliver a spectacular action RPG experience to fans of the series and newcomers alike.”

In Mass Effect 3, players will be thrust into an all-out galactic war to take Earth back and save the entire galaxy, assuming the role of Commander Shepard, a war-torn veteran who’s willing to do whatever it takes to eliminate this nearly unstoppable foe. With a team of elite, battle-hardened soldiers at your side, each player decides how they will take Earth back, from the weapons and abilities they utilize to the relationships they forge or break. Mass Effect 3 also features a new co-operative gameplay mode that allows fans to experience the war from a different perspective. Players who want to try this new mode will be able to do so on February 17, or by qualifying for early access to the co-op portion of the demo which begins February 14. Gamers qualify for early access if they have activated their Battlefield 3™ online pass* or though other opportunities that will be announced in the near future www.masseffect.com.

Recently named by over 100 outlets around the world as one of the most anticipated games of 2012, including winning the fan-voted Most Anticipated Game of 2012 award at the Spike TV VGAs, Mass Effect 3 is available for pre-order now at participating retailers. Fans who pre-order** have the opportunity to arm themselves with cutting-edge in-game weapons and armor to prepare for the all-out galactic war. Mass Effect 3 arrives on the Xbox 360, PlayStation 3 and PC in North America on March 6, 2012 and in Europe on March 9, 2012. For more information on Mass Effect 3, please visit http://masseffect.com, follow the game on Twitter at http://twitter.com/masseffect or "like" the game on Facebook at http://facebook.com/masseffect.

*Conditions and restrictions apply. Early access requirement and availability may differ by platform and/or region. See www.masseffect.com for more details.

In 2008, BioWare was acquired by Electronic Arts, a leading global interactive entertainment publisher. In 2011 EA created the BioWare Label, alongside EA Games, EA SPORTS™ and EA Play. For more information on BioWare, visit www.bioware.com, or follow us on Twitter at www.twitter.com/bioware. To join the millions of fans already registered with the BioWare community, go to http://social.bioware.com.

About Electronic Arts
Electronic Arts (NASDAQ:EA) is a global leader in digital interactive entertainment. The Company’s game franchises are offered as both packaged goods products and online services delivered through Internet-connected consoles, personal computers, mobile phones and tablets. EA has more than 100 million registered players and operates in 75 countries.