by: Jeremy - posted: 4/20/2010 10:52:00 AM
More On: Capcom Captivate 2010 Marvel vs. Capcom 3: Fate of Two Worlds
As you saw earlier, Marvel vs. Capcom 3 was announced at the Captivate 2010 event. There have been plenty of rumors swirling around the internet over the past week, especially the last 24 hours. While some of the information that has been “leaked” is true, the details that many are speaking of aren’t exactly the truth. Let’s take a look at the REAL scoop on the game after the jump, straight from someone who was there… 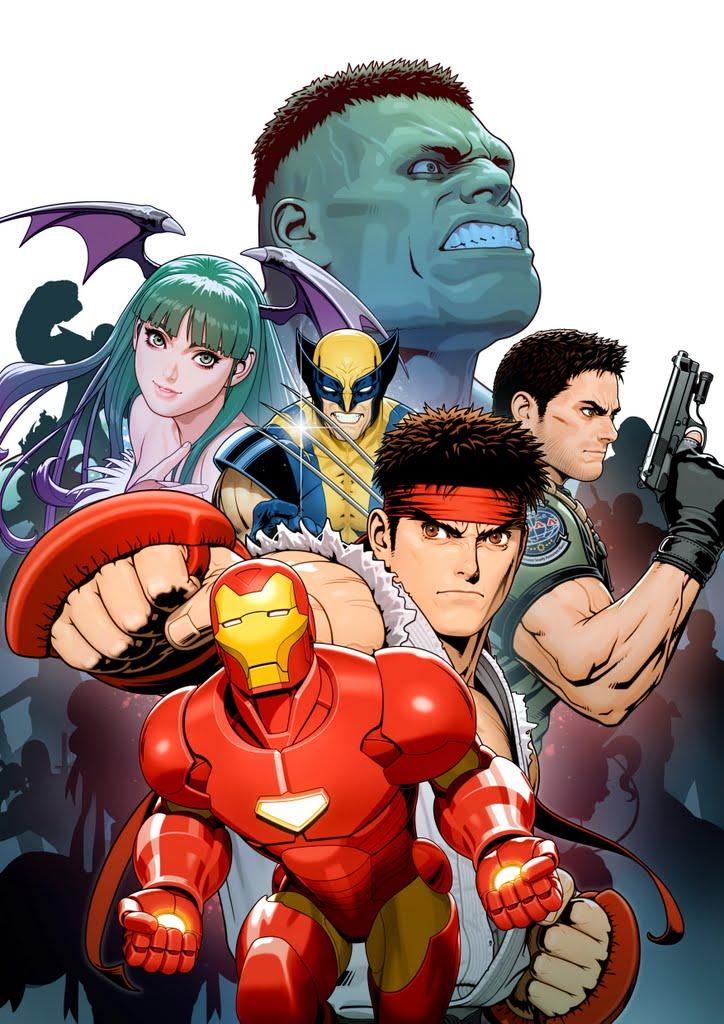 The game is being developed internally by Capcom, with the project being spearheaded by Ryota Niitsuma, of Tatsunoko vs. Capcom fame. Seth Killian is on board as a “special advisor” for the project, whatever that means. Even Seth found humor in the title of his official role as his participation in the development is literally all over the board. The game is currently being developed for both the Sony PlayStation 3 and the Xbox 360 as a full retail release, which is targeted for Spring 2011 at the earliest.

To quote Seth directly, the game will be “stinky” in the fan service department. The goal of the project is to do justice to the fans of both franchises regardless of their age. There will be a nice blend of both current and classic material sourced from both camps. At the same time, Capcom hopes to create a game that is accessible to everyone. A lot of comparisons were drawn to the mechanics used in the recent Tatsunoko vs. Capcom game(s), in the sense that it would be very easy for someone unfamiliar with the genre or game to pull off and experience. In doing this though, the development team acknowledges that there has to be a certain level of depth included as well, to reward those who choose to dig deeper. “Maximize depth” and “minimize complexity” is a quote that was repeated numerous times throughout the event.

Marvel vs Capcom 3 will have a heavy focus on “story”. No, this isn’t going to be an elaborate RPG-level epic tale, but as the subtitle of the game hints, there is a story to be told here. Marvel is working very closely with Capcom to create an intricate story that will do service to both franchises. These universes are being united once more for a reason and no it doesn’t involve magic or clones. The magic / clones comment was straight out of Seth’s mouth. Everyone involved in the project, Marvel and Capcom alike, were very tight lipped on the story aspect of the game but promised it would be something that wouldn’t just be “laughed off”.

Graphically, the game is being built in the same MT framework that was used to power both Resident Evil 5 and Lost Planet 2. The trailer that you saw earlier today was based completely on the in game graphical engine. That trailer included and used the same models and visuals that will be used in the actual gameplay. Both Capcom and Marvel are striving to achieve a goal of truly bringing the comics to life with MvC3, and the early work already shows positive progress toward achieving that goal. The artistic style of the Marvel Universe is going to be a huge driving force behind the game and something that will be visible from start to finish in the project. The best way to describe the look of the game, in my words, is an HD version of Tatsunoko vs Capcom. Each character will be a highly detailed 3-dimensional model, but they will interact and play on a 2-dimensional field.

The six characters shown in the trailer are the only characters that have been officially announced for the roster thus far: Ryu, Wolverine, Iron Man, Morrigan, the Hulk, and Chris Redfield. You should also pay special attention to the logos utilized at the beginning as well, for both Marvel and Capcom, as the chosen characters were chosen “for a reason” (hint, hint). The final number of characters that will be included in the game is far from being decided; the current build internally at Capcom includes 30 playable characters at this point in time, with a “large” number of them being characters completely new to the fighting game franchise. Ryota and Seth both stated that more will be added to the game, but the final number will likely fall short of the Marvel vs Capcom 2 roster. When asked to put a number on it, I was told that mid 40’s would be a “safe bet”.

There are many random details that I feel should be touched on, so let’s try a buttleted list:
Personally, I am hoping for a full reveal at E3 this year and cannot wait to see some actual gameplay of the game. The team is dead set on making this the best fighting game they can, for both Marvel and Capcom fans. So, let’s speculate, who do you want to see in the game (and who don’t you want to see). I will give some of my opinions on roster inclusion later today…