by: John - posted: 1/8/2010 1:03:00 AM
More On: CES 2010
My first stop for CES was with AMD who’s always been generous with their hospitality with me at the show. While it’s been a while since I’ve reviewed anything from them, it was good to see what they have coming up on display.

Now, from top to bottom, all the mobile GPUs support the same features for the most part. That means you’ll get DirectX 11 compatibility, hardware enabled Flash with Flash 10.1, Eyefinity multiple monitor support, ATI Stream for general computing, and HDMI 1.3a. The 5400 series will be limited to four monitors but anything higher can go up to six monitors should you want to use Eyefinity.

I caught a quick demo of Tom Clancy’s H.A.W.X. running on three monitors from a laptop using an external discrete GPU solution. While it wasn’t utilizing the GPU on the laptop to do this, it was still nice to see a laptop showing off multiple monitor support with a recent game.

I have a few laptops that use ATI cards and they’ve all been pretty good to me. I’m interested to see how well the new line performs as the slides shown to me have it being a 20% performance increase across the board over the 4000 series. All told, having the first DirectX 11 laptop solution is a nice win for AMD and something that NVIDIA can’t even touch for a while let alone produce a desktop DX11 card now. AMD’s strategy on producing graphics solutions seems to be working well for them and this is another example of their hard work in getting the latest technologies out there to the consumer. 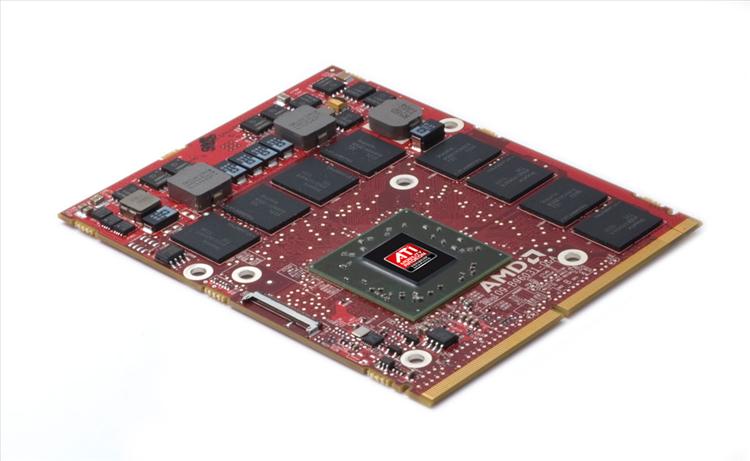