There is some information that can be drawn from the placeholder art that was originally released by Gamestop. Most importantly, it appears as though Assassin's Creed: Brotherhood will focus on a multiplayer aspect contrary to the single player adventure that encompassed the first two games. The box art claims that you will “lead your own brotherhood of assassins”.  The game is scheduled for release on XBox 360, PlayStation 3, and PC and should be released by the end of this year. 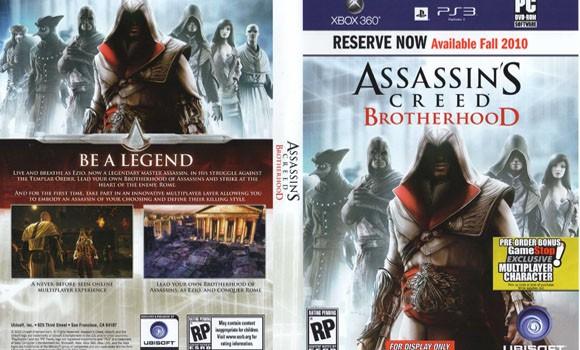