So what do you actually do in Tamagotchi: Round the World? Well, its simple… you poop, water plants, collect fruit, and you play small mini games with in game characters. Some of the mini games include rock paper scissors, a dancing game, and a bubble collecting game.  Each mini game is played by either tapping or swiping the touch screen of the iPhone or iPod. All of the games are short and simple, good for bite sized play sessions, but not interesting in the least.  You do not get any variety either, as you will be swiping and tapping through the same mini games over and over again. If you happen to win the mini game you are playing you get stars. Stars are used to unlock stamps for your stamp book and guess what the stamps do? Actually, they do nothing.

As I mentioned earlier, Tamagotchi: Round the World has six different levels and it also has four unlockable characters to play with.  The application offers a fair amount of content, but it all feels like fluff. Recycling mini games through six levels did not win me over. Of course, you can replay any planets after they are unlocked, but I never felt the need to do that. My favorite part about the game is that it has its own sense of style and the 2D anime graphics are pretty cool looking. That is more or less the best thing I can say about the application. 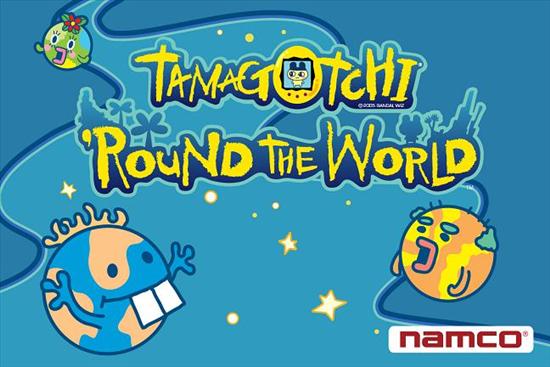