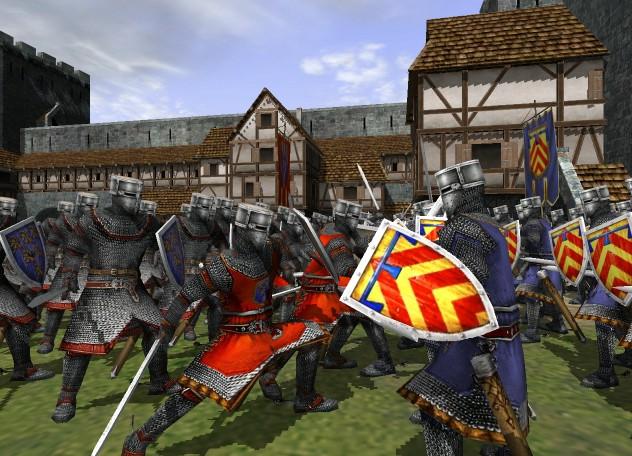 Written by Tom Bitterman on 7/21/2008 for PC
More On: XIII Century: Death or Glory
Certainly something important must have happened during the 13th century?

The 13th century was an interesting time in European history. Of course, that's what historians always say. When was the last time you ever heard a historian say “This particular century had nothing interesting happen in it, and is best passed over before we all die of boredom reading about it”? Never. That never happens. Historians have very low bars for “interesting”.

There were some exciting times in the 1200s, though. They started with the Albigensian Crusades (the first time the papacy approved a Crusade against Christians in Europe) and ended with the fall of Acre (the last Christian outpost in the Holy Land). The Reconquista was hot and heavy in Spain and the Kingdom of Jerusalem was doing its slow-motion march to defeat. Europe was flexing new-found muscles, setting the stage for the Conquest of the New World and the British Empire.

There were a lot of battles during this period. Battles that mattered – would Spain (re)become Christian, or stay Islamic; could the Christians hold a slice of the Holy Land; which caliphate - Damascus, Baghdad, or Cairo - would come out on top; would the Mongols run the table?

Most of these battles are under-represented in electronic gaming. “XIII Century: Death or Glory” aims to rectify that injustice by offering 30 battles based on historical events. The battles are arranged under 5 campaigns, one per nation: Russia (really Rus, a principality destined for bigger things), the Mongols, France, England, and Germany (really the Teutonic Knights and parts of the HRE). And the term “campaign” is used loosely – the battles don't depend on each other and they pretty much happen in order.

The battles themselves are fought using a familiar RTS-style interface. Plan a strategy, select your units, give them orders, manage events as things unfold. This is not a click-fest and careful planning really does matter. The player will find himself pausing the action often as events on the ground overtake him.

And that is the best part of “XIII Century”. This game is all about the fight. There is no strategic level, no idea of resource points, no diplomacy, no world domination. It's just you against the AI in a fight to the death. And the AI is good. Real good.

When you are fighting the AI, you are really fighting. The AI knows the units. It gets tactics. It can see weaknesses. It took a couple of courses in “table-turning”. And got As. This is not a “search for the AI's weakness then ruthlessly exploit it until you get bored and look for some on-line play” type of game. This is not HAL, but it's no game for beginners, or even experienced gamers looking for an easy win.

The battles themselves are composed of standard-issue early medieval units: archers, cavalry, and foot soldiers (swordsmen, pikemen, light infantry, the usual). Knights weren't quite the invincible tanks they later became, nor are archers able to stand an enemy off from several miles away. Fighting is up close and personal. Terrain shines in this game. Putting your archers on a hill improves their range and damage (but protect them with pikemen or your opponent's cavalry will charge up the hill and decimate them). Units can hide behind trees. Terrain can (and must) be used to break up the rock-scissors-paper deadlock.

Units themselves have detailed statistics associated with them. Information about morale, ammunition, strength and lots of other important stuff is easily available from the handy user interface. Without reinforcements or magic healing potions you'll want to watch these stats and manage your units accordingly. You'll need to know your units – their abilities, limitations, current situation – if you want to do well. There is no way to make more.

To top it off, the whole thing looks nice. Some serious graphics card horsepower can make this thing look very nice. 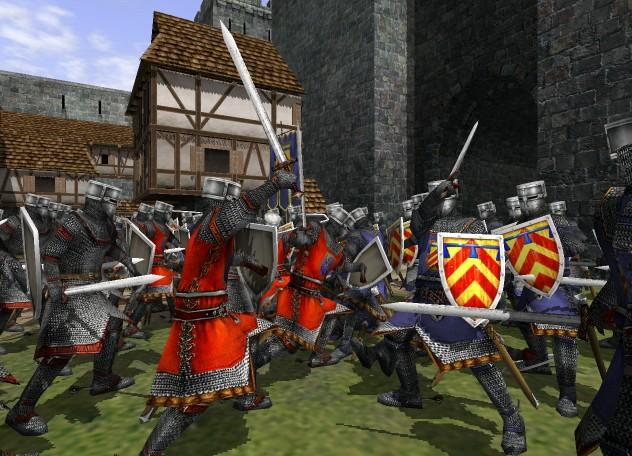 So what's not to like? Well, the “campaigns” are really disconnected battles. And the battles themselves, although underrepresented in gaming, are also some of the less historically important of the era (tactically interesting as they might be). It's not always fair to compare games with different aims, but the lack of a Total War-like strategic level (or even a History Channel-like overview) ruins any feeling of immersion the game might have had. And for Pete's sake, how do you make a game about 13th century warfare and not include a single battle in the Holy Land?

You know a game is good when you find yourself criticizing it for not being more. And “XIII Century: Death or Glory” is a good game. It is built around gaming combat in the 13th century and does a very good job of it. In addition it provides an AI worthy of playing against, a UI worth using, and graphics worth looking at. This reviewer votes: “Glory!”
High on complexity, difficulty, tactics. Low on grand strategy. Will appeal to miniatures, table-top gamers and RTS players looking for a challenge.