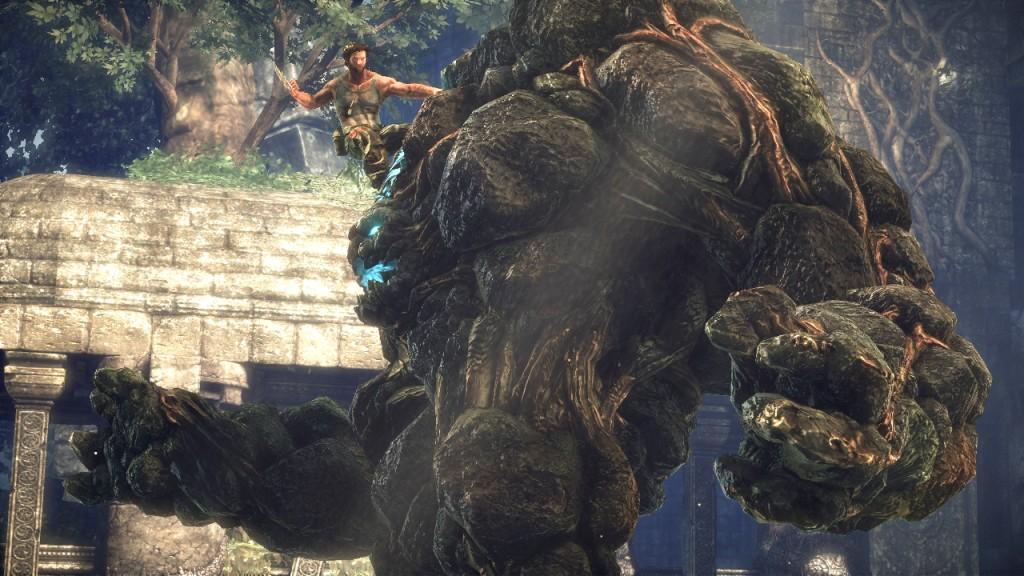 Written by John Yan on 6/15/2009 for PS3
More On: X-Men Origins: Wolverine
Every review of a movie tie in game starts by mentioning how movie tie in games are never any good and that you should lower your expectations before considering the title. I’m not going to do that for this review because Raven is the developer behind the title and they’ve got a pretty solid track record.

I’ll also caveat the review with the fact that I haven’t seen the film. I’ve seen a few movie spoilers and listened to John bitch and moan about how the game strays from the traditional Wolverine canon and what they did to Deadpool but I haven’t actually seen the flick yet. I don’t think this disqualifies me from reviewing the game though as it should be a separate entity from the film and you shouldn’t need to see a movie game to play the game.

The game has you playing Wolverine who really needs to introduction. Wolverine is one of the most iconic comic book characters over the last decade or two. He’s my favorite Marvel character and in my second favorite comic book hero behind Batman. I can’t say that I was looking forward to playing the game as Activision’s last outing with Logan was a mess of poor pacing, bad controls ,and bad game play decisions. This time around I’m happy to say that Activision got a lot of things right although the game falls just short of being something I’d recommend for purchase. 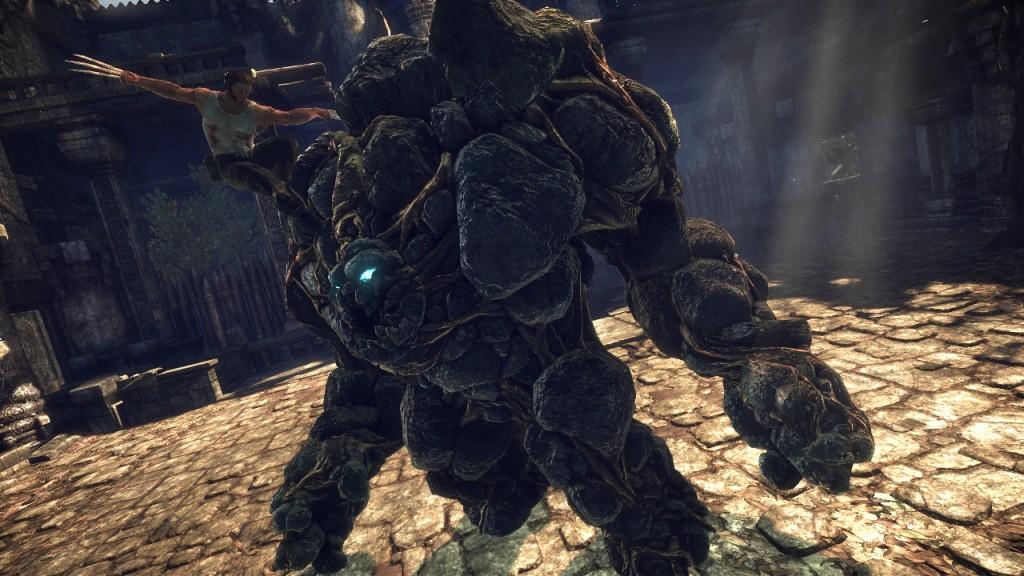 As an origin story you get to see where Wolverine came from and why he does what he does but the game does delve too far into that. Sure there's a lot of his dealing with his brother Sabretooth, the government betraying him, how he got the adamantium skeleton, and the loss of a loved one but the game deals in a lot of blacks in whites for a character that is mostly grey. The game (and I'm guessing the movie as well) portray Wolverine as a hero whereas the character we've gotten to know over time isn't exactly a boy scout. I can find some of the reasoning behind this because the game is tied to a Hollywood movie but I do wish Raven had branched out a bit more and fleshed the character out a bit more.

The gameplay is very reminiscent of the God of War series. I’m not saying the game is a rip-off of the Sony franchise but I started calling the game Wolverine of War about 20 minutes into the game. Both games have unlockable powers that you can level up by killing enemies and both have you killing legions of bad guys. There are the forced quick time events but Wolverine thankfully doesn’t rely on them as much as God of War does. There are some differences but if you wanted to know what a next generation version of God of War looks like, Wolverine is a good glimpse into what we can expect. 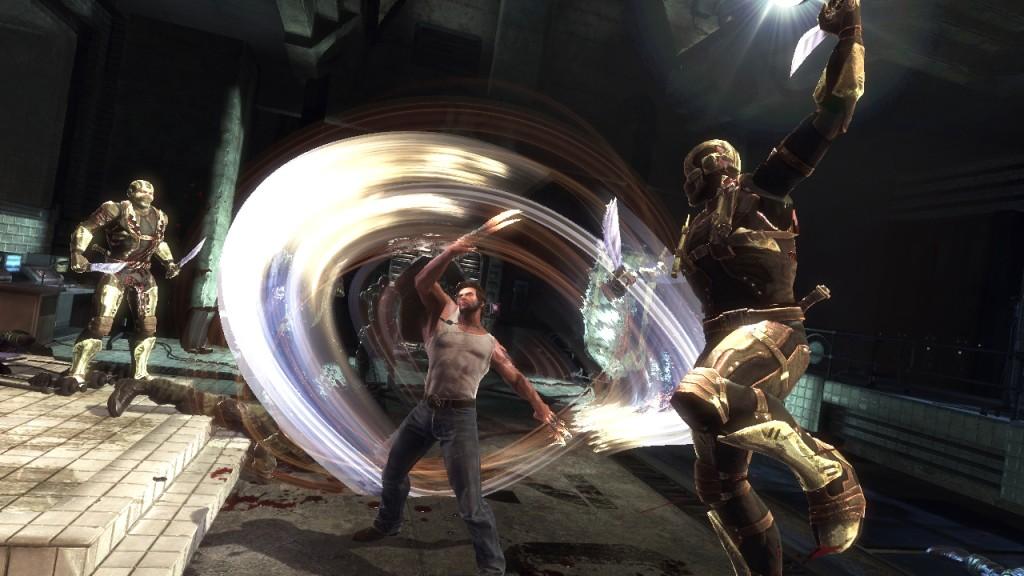 The game does have a inspired sections though. The game is mostly done in the standard third person view behind Wolverine but there is one level where he’s being targeted by a sniper and the view shifts to that of the gun scope. This forces you to keep moving so the sniper can’t get a bead on him. It’s not a lot but the execution is well done as you have to keep Logan moving to avoid getting shot. The game does do the “We take away the cool power that make the character unique” trick which annoyed me to no end but that part of the game was thankfully short.

The game does offer a wide variety of ways to kill people and while the movie only had a PG -13 rating the game earns its M rating due to the variety of ways you can dispatch them. One of the appeals of Wolverine is the adamantium claws which allow him to cut through nearly anything. This has repercussions as Wolverine has to get close to anyone to kill them. To overcome this Wolverine can leap large distances with his new lunge ability. You can chain the lunges together to quickly take out large numbers of enemies. Combine that with the powerups you earn over time and the game is a lot of hack and slash fun.The game does suffer from a few pacing issues. The game starts as a flashback and then there are flashbacks within the flashbacks. This results in three levels of story going on at once. The main one (which is set in the future) only comes into play at the beginning and end of the game but the game switches back and forth a lot during the first two thirds of the game which got old after the third flashback. I see how the writers were trying to layer the story a bit but the problem is that the levels dragged on a bit. The second problem is that once you get past the flashback stuff the game immediately starts throwing boss levels at you which just feels odd. Essentially you grind through grunts and mini-bosses for the first half of the game before running into bosses in back to back levels. It just feels a bit off and it’s compounded by an ending that feels forced to match the movie (I’m guessing).

Graphically the game is very good looking. The main characters looks as they should but there are a few stunning levels scattered throughout the game. At the top of these is an ancient temple you have to climb. At the top of the temple the camera rotates down to show you the height of the temple and it’s a vertigo inducing collection of perfect polygons. There aren’t any real rough edges to the game and it’s nice to see someone use the Unreal Engine 3 to its potential. Of course the folks at Raven used some of the existing hooks in the game as Wolverine will touch his ear and slow down to talk much like Marcus and Dom did in the Gears of War games (the Army of Two guys do the same thing). 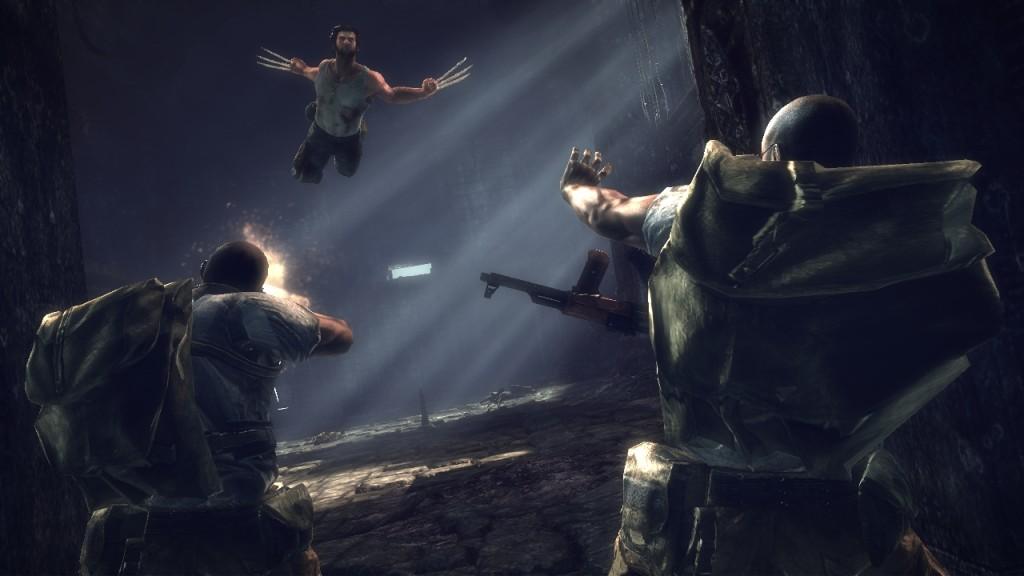 The sound is likewise solid as everything sounds good. They got the talent from the movie to contribute their voices to the game so if you ever wanted to know what Hugh Jackman sounded like grunting this is the game for you. Some of the sounds are a bit overused as the girlfriend started mocking the afore mentioned grunting after watching me play the game for 30 minutes.

Speaking of girlfriends this might be an easy sale if your significant other has a thing for Hugh Jackman. He’s well modeled in the game and shirtless for most of it so it’s a win-win if your SO has the hots for the guy.

After you play through the single player side of the game there are a few challenges to get new costumes (assuming you found the right items during your play through the game) and that’s it. There aren’t enough power up points to max everything out in one play through so a second playthrough may offer a few new items but for the most part it’s a once and done thing. That’s not a bad thing as I got about seven hours out of it but that’s one of the things that does push the game into a rent first category for me.

X-Men Origins: Wolverine is a solid game and while it’s not breaking a lot of new ground it’s worth checking out if you’re a fan of the character or are looking for a hack and slash with a hint of RPG. The folks at Raven did the best with what they had but I do wonder what they would have done if they weren’t tied to the movie. Maybe the end of the game would have made a little more sense but still kudos to them for turning out a solid game that does change the perception of movie tie in games.
While the game doesn’t break any new ground it is a lot of fun to play and worth your time if you’re a Wolvie fan or looking for a glimpse of what God of War could look like in HD