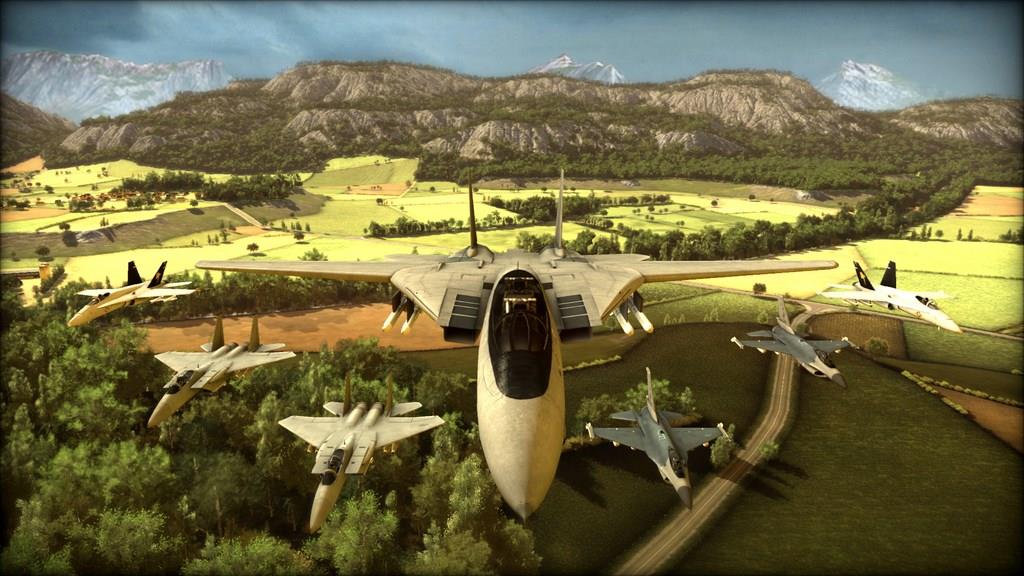 Written by Tom Bitterman on 7/1/2013 for PC
More On: Wargame: Airland Battle
“Wargame: AirLand Battle” (WALB) is a game that raises a lot of questions.  What is going on here?  Why am I playing a game about the Warsaw Pact fighting NATO?  How am I going to figure out how to deal with 828 different units?  Why do I keep losing?  What is an “AirLand” and why does it want to battle me?

WALB is the sequel to “Wargame: European Escalation” and continues the former's focus on the details of real-world military hardware.  Admittedly, the hardware in question is Warsaw Pact and NATO hardware, but there just haven't been many large-scale wars lately.  All the cool conflicts are all “low intensity” and “asymmetric”, leaving fans of big guns out in the cold.  WALB takes us back to the days when the winner was the side with the most tanks.

That is the answer to “Why do I keep losing?”.  The answer is “Because WALB is more complicated than Command and Conquer, and just throwing the most expensive unit at your problem will not solve it”.  WALB forums are full of AARs containing tales of woe starting with “My tanks kept getting killed by a bunch of guys with RPGs.  Things were looking bad”.  The tales with happy endings will continue on with “So I started sending out scouting parties to clear out the ambushes, and established air superiority to keep the enemy from locating my units”.  This is a game that is very interested in the minutiae of combined arms tactical combat.

One of the toughest parts of such a game is getting the artificial intelligence right.  It is easy for an AI to just send more tanks over a hill, or to take advantage of “cheats” (e.g. tougher units, greater range) but it is an entirely different level of difficulty to make one that can put up a fight against a decent human player on a level playing field.  WALB is not the game to crack this nut.  The solo campaign is bad.  There are so many thing that could be done in the WALB framework, and the campaign does none of them.  The reason for this must lie at least partly with the AI, which is nothing to write home about.  It is simply not up to supporting a richer single-player experience.  There are also some tutorials, which are not nearly as extensive as this game requires.

The real fun comes from player-vs-player matches.  It is worth going through the tutorials (and maybe some of the campaign, for practice) but the real fun is to be had against live human opponents.  If you thought it was tough to play against the AI, wait until real people start taking you apart in detail.  The AI, although not great, is at least good enough to punish poor play – you quickly learn where good ambush points are, and how exposed your flank is, as the AI will let you know.  Real people, on the other hand, will test your knowledge of every element affecting combat.  Prepare for a lot of disappointment until you get the hang of things. 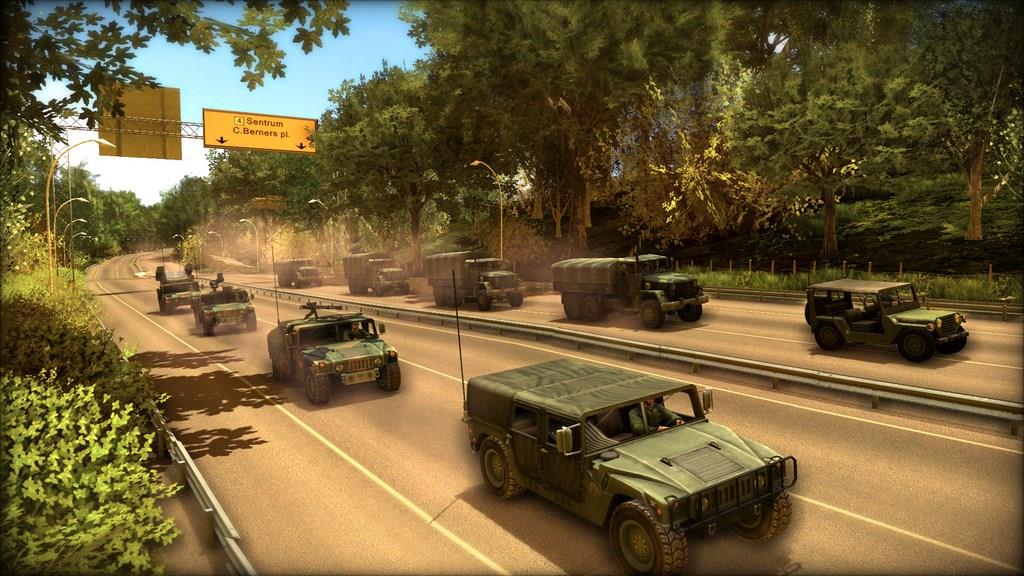 The controls are fairly basic and intuitive in the standard RTS style  There is a lot of information available but the interface does a good job presenting a reasonable amount of it, neither starving the player for information nor inundating them with numbers.  It is not a great-looking interface, but rather straight-forwardly functional.  There can be times when it is unclear why something is happening, at which point it is incumbent upon the player to use their knowledge of real-world mechanics to figure things out.  For example, if your tanks have little armor on top, and they pass through an area in which the enemy has an anti-tank unit sitting at a higher elevation (perhaps a house or hill), your tank will take more damage than might be otherwise expected.  There is nothing in the interface to tell you what is happening, you just need to figure it out from the stats provided for that tank type and the fact that things higher up shoot at the tops of things lower down.  It is a credit to the game engine that this sort of real-world-based reasoning works in-game.

While the tactical combat is the strength of WALB, outside of combat things get a little sparse.  There is little-to-no sense of a national economy backing your army, no tech research to unlock bigger/better weapons, or diplomacy.  This is strictly “line up and fight” stuff.  Even rest, repair and resources are abstracted away into a time-based recharge system.  A damaged unit, or one that needs to be repaired/refueled, simply sits around for a while until it is ok again.  It helps to bring supply units along or your tanks will run out of fuel, but these features feel a little tacked-on, there only because they exist in the real world, not because they're the fun part.

The primary resource is “activation points”.  When going into a multiplayer game, one can build a custom army.  The idea is very much like building a deck for a CCG.  If you want a tank-heavy army, you can pick more tank cards, or choose more heavy infantry if you feel the scenario demands them.  To keep everybody from picking only the best units, different cards cost different amounts of activation points.  As you are limited to a constant number of points there is a tradeoff between quantity and quality.  Many battles are won or lost at the deck-building phase – don't bring a knife to a gun fight, and don't buy artillery without investing in some spotters.

In the end, “Warfare: AirLand Battle” is a game for the hardcore tactical military simulation crowd.  The graphics and controls are acceptable, the AI and single-player campaign are subpar.  What it excels in is simulating combat between Warsaw Pact and NATO forces.  If you get tired of the standard RTS “shiny rock-paper-scissors” and want something with more depth and realism, this is your kind of game.
Hard to learn and tough to play well, this game will attract only the hardest-core RTS player, the kind who cares about realistic combat and deep strategy. This is a game that will repay effort with success, but many will find it too much effort for not enough payoff.