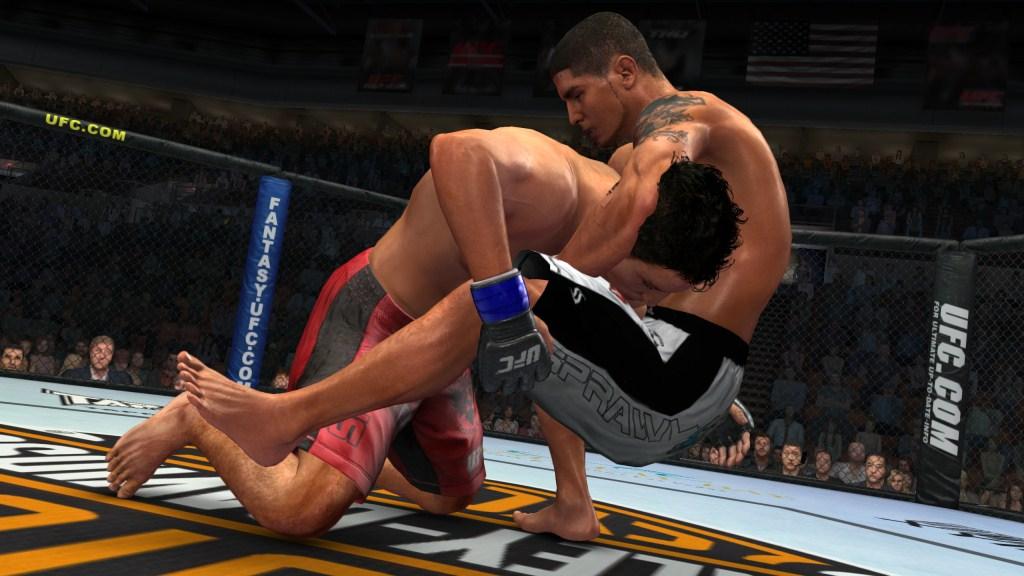 Written by Adam Dodd on 6/10/2009 for PS3
More On: UFC 2009 Undisputed
I’ll admit I’ve never played a UFC game and I’m not a big fan of fighting games in general, so as an introduction to the series this game does well. The few times I’ve played fighting games in the past I’ve only stood a chance because of the secret strategy I’ve honed over the years, a strategy I’m going to pass on to you today. I call it: the art of button mashing, and unfortunately this strategy really doesn’t work with this UFC 2009. Every time I tried to implement this fighting style my fighter was brutally defeated. That aside, if you’re familiar with the moves and techniques or are willing to take the time to learn them this shouldn’t be a problem.

The first time you boot up the game a stylish menu and a wave of rock music, both of which perfectly set the tone for the game. The menus are fairly easy to navigate, and they offer plenty of options for you to explore. There are the Career and Exhibition Modes and Create a Fighter (rather straightforward). Create a Fighter doesn’t just let you create a fighter unique to you, it also let’s you use the skill points you acquire while playing the game to unlock new skills and attributes for your fighter. This feature is great especially if you actually know what you’re doing and are familiar with what fighting styles are good with what fighters, etc. Then there’s the Classic Fights, which let you relive historic fights in past UFC tournaments including Chuck Liddell vs. Tito Ortiz II or Karo Parisyan vs. Diego Sanchez.

Before your first brawl you’re given the option of learning the controls with an excellent tutorial, a feature someone like me needed desperately. The tutorial teaches you everything: from moving around the ring to simple and advanced techniques and moves. After I flew through the tutorial I was feeling a bit cocky so I immediately entered my first duel. I was pwned. The combat in Undisputed is slower than other fighting games I’m familiar with, like the ultra-speedy combat of Soul Calibur. Because of this it can be a little difficult to get used to; no longer could I blindly mash buttons until I heard the glorious cry of my defeated enemy, instead I had to learn to watch my enemy’s movements. 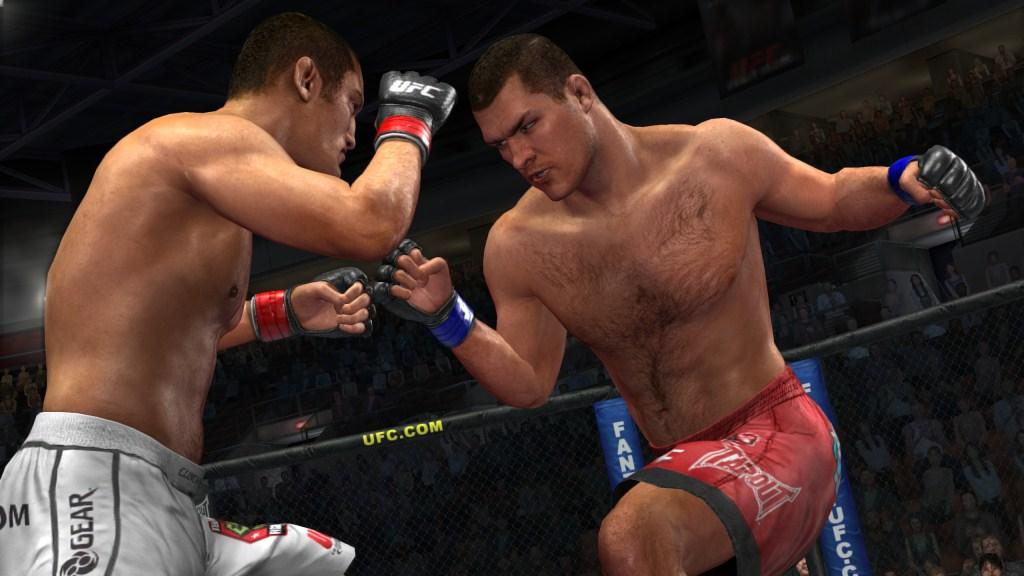 Undisputed’s online offering obviously wasn’t just tacked on, and it definitely makes the game highly replayable. After you create a fighter you can take him online and fight with other players around the world. In the visuals department, Undisputed excels. From the beads of sweat to the drops of blood, it’s all there and it looks great. This game has a high level of polish everything from the menus to the fighters and stages all look great, and that helps the immersion factor immensely. This feels like more than just a fighting game, the game makes you feel like you don’t just control the character, you are the character.

Undisputed is the perfect game for anyone that wants a solid, gorgeous fighting game with great gameplay and a high replay factor. Everything has been tailored to near-perfection, and other than the sometimes-daunting controls, there really isn’t anything bad to say about this game. If you’re looking for a solid fighting game with an excellent soundtrack and an amazing roster of fighters to choose from, this is the game for you.
Undisputed does the fighting genre justice with its slick visuals, solid gameplay, and its abundance of content gives gamers plenty to do.