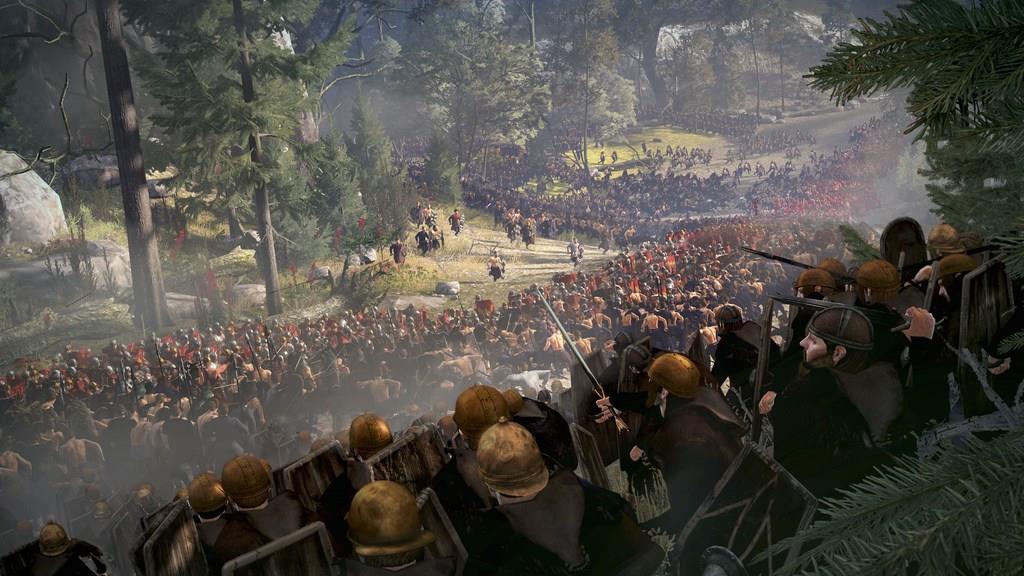 Written by Travis Huinker on 9/30/2013 for PC
More On: Total War: Rome II
Sequels or the next iteration of games in a series are generally assumed that they will be superior to their counterparts in one way or another be it the gameplay and narrative or visuals and performance. The most recent and surprising game to break the trend is none other than Total War: Rome II from developer Creative Assembly and publisher Sega. Those expecting a game that can be called superior to the original Rome title or even to Creative Assembly's previous release of Shogun 2 should brace themselves as it stumbles in a few spots along the way.

Total War: Rome II follows the formula of other games in the series by allowing players to select a faction in which to begin their gradual campaign of land and settlement domination, either through means of diplomacy or combat. After a brief tutorial controlling the Roman Republic through both land and sea battles, players can either select from solo or online campaign game modes in addition to historical battle scenarios. From the powerful Roman Republic to the Celtic warrior tribe of Iceni, the game offers players a wide selection of playable factions set during the classical era around 272BC and continuing forward for 300 years. The expansive campaign map spans from Bactria (known today as Afghanistan) to Lusitania (known today as Portugal) and totaling over 170 regions.
​
Gameplay
The gameplay switches between two primary modes: campaign map management and real-time land and sea battles. In the campaign map, players manage both the expansion of their faction and army for capturing or defending regions. There is an continual balance that must be managed between the expansion of one's army and the resources required for keeping it afloat, such as food supply and happy citizens in the settlements. Players also decide which fields of research should have priorities over others, which deviates between diplomatic and military approaches to victory. The campaign map functions through a turn-based system that results in many unexpected encounters based upon the movement of opposing faction armies. As with other turn-based games, many hours can become lost to the addictive behavior of playing just one more turn.

While not managing settlements and the supply of food for settlements, players find themselves in the battle mode that has defined the identity of the Total War series. In the battle mode, players are given control of massive armies that range from a wide variety of unit types based upon the particular faction from spear-wielding soldiers to horse-mounted riders. The battle mode is activated when opposing armies meet on the campaign map as well as both besieging and defending settlements. Each battle begins with players deploying the position of their troops and then marching into the chaotic fray of massive battle encounters. Players that wish to focus more on the management of their faction through the campaign map can always select the option to auto-resolve battles based upon the estimation of various factors.

Now while the game technically contains all of the necessary and enjoyable elements of a Total War series game, it's in the actual execution of primary gameplay features that result in some unfortunate and unavoidable issues. The game's biggest offender is found in the basic element of ending a turn on the campaign map. As with other turn-based games, ending turns are a frequent and continually repeating occurrence. Even with the option toggled that disables showing AI moves on the campaign map, the transition between turns is a slow, tedious, and immersion-breaking process. Even after an array of post-release patches, the process of ending a turn hasn't been improved and is unavoidable if players want to actually play the game. With an impressive list of over 100 AI-controlled factions battling for control of the campaign map, the game simply can't avoid becoming a slideshow during the end of turns.

The other gameplay issue involves how AI units react during the battle mode. Even after issuing specific orders, there are occurrences in which either the AI units simply don't react smartly to orders or bunch together in odd formations. One particular occurrence had an entire unit of troops stuck on a boat that was sitting perfectly onshore. The opposing army AI also sometimes displays odd behavior that either involved not moving in place or odd placement during besieging of settlements.
​
Presentation
Rome II follows in the tradition of past Total War series games by containing some of the most impressive visuals seen in PC gaming. From the near-endless amount of soldiers on screen to the dynamic campaign map, the game is a major achievement for PC graphics. With the impressive graphics comes a few, but major caveats for those wishing to see the game in its fully glory. Even after multiple patch releases, the game is far from being optimized as with powerful hardware the game often struggles during intense encounters on the battlefield as well as at the end of campaign map turns. Fortunately, the game provides an in-depth array of graphics options for players to tweak every setting ranging from anti-aliasing to depth of field.

On the element of sound, the game follows alongside the visuals with spectacular effects and an original score that perfectly accompanies both the campaign map and battle modes. The sound effects in particular during battles provide an intense atmosphere as soldiers scream and war horns ring loud in the distance. Rome II is a resounding success on both visual and auditory fronts, which is unfortunately brought down from poor optimization.

Verdict
What could have been one of this year's best turn-based strategy games stumbles in a few, but important areas in particular with the problematic end of turn transition. Yet, the actual gameplay with managing settlements on the campaign map and ordering units on massive battlefields are addictive and highly-enjoyable when not experiencing any of the mentioned issues. Total War: Rome II offers a wealth of content that both newcomers and series veterans are sure to enjoy if they can overlook a few stumbles along the way. While not the best game in the Total War series, Rome II is still undoubtedly a solid entry in the franchise.
Few games match the immense scale that's provided in the gameplay of Total War: Rome II. The game lives up to series tradition by offering both an addictive campaign mode and massive real-time battles. While the game stumbles with a flawed end of turn transition process and odd AI battle behavior, the majority of elements that comprise the gameplay and presentation make for a solid entry in the Total War series. Newcomers and series veterans alike are sure to find plenty to enjoy in Rome II, which should become even better with future patch releases.